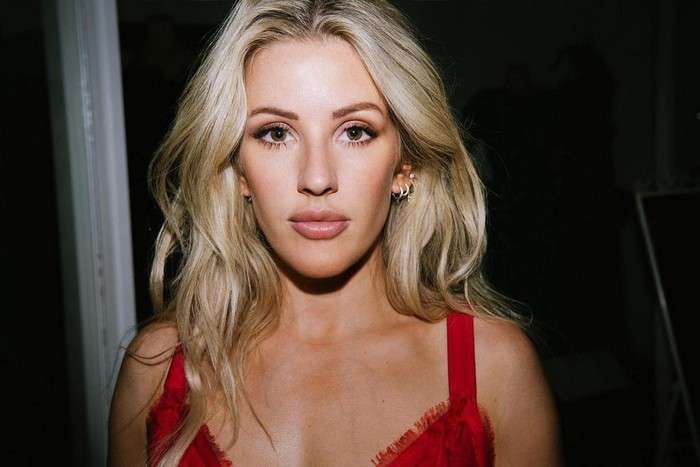 Ellie Goulding is an English singer and songwriter. She burst into pop music in 2009 with a release of her extended play, An Introduction to Ellie Goulding. She quickly rose to the top of the UK Albums Chart with chart-topping albums Lights (2010), Halcyon (2012), and Brightest Blue (2020). The Hereford-native has released four albums to date, and her third album Delirium became her first effort to reach the top 5 on the US Billboard, peaking at number 3 and sold over 355 thousand copies in the United States alone.

Goulding is known for her soprano and knack for writing catchy yet emotionally earnest songs that made her one of the popular singers in the pop world. She was named the second artist to top the BBC’s annual Sound of… poll as well as to win the Critics’ Choice Award at the Brit Awards in the same year in 2010. As of 2023, Ellie Goulding has a net worth of $30 million.

Ellie Goulding was born on 30 December 1986, in Hereford near Kington, Herefordshire. She is 35 and her zodiac sign is Capricorn. Check out to find which celebrities share Capricorn and discover their stories.

Ellie Goulding is the daughter of Tracey Goulding-Summers and Arthur Goulding. She has three siblings: Alex, Jordan, and Isabel. Her mother worked at a supermarket. Her father left the family when she was a little girl and her mother later got remarried to a lorry driver.

Goulding attended Lady Hawkins High School in Kington. She had a knack for music from an early age and decided to pursue music at the age of nine. As a result, she took A levels in English, Politics, Drama, and Music, passed the first 3 with “A” grades but failed music.

Following her graduation from school, she enrolled at the University of Kent to pursue a degree in politics and drama. However, she dropped out of the college during her final year after she met producer Starsmith through her manager Jamie Lillywhite, who would later produce her first album Lights.

Ellie Goulding married her husband Caspar Jopling on 31 August 2019, at York Minster. He’s the grandson of former Conservative MP Michael Jopling and represented Great Britain at the 2010 Youth Olympics. He now works at Sotheby in New York as Corporate development and Strategist. In February 2021, they announced that they are expecting their first child, a boy, together. Her son, Arthur Ever Winter, was born on 29 April 2021.

Prior to her marriage with Jopling, Goulding has had several high-profile relationships. The singer dated BBC Radio 1 host, Greg James for almost two years between 2010 and 2012. She then dated American music producer, Dubstep DJ Skrillex for about nine months and then romantically linked with Jeremy Irvine, a renowned English actor.

Following Goulding and Irvine breaking up in 2013, she was allegedly in a relationship with Ed Sheeran for a while in 2013. Other notable figures that Goulding allegedly dated include Calvin Harris, Niall Horan, Bobby Rich, and Dougie Poynter.

Ellie Goulding embarked on a solo career after she signed with Polydor Records in July 2009. The song “Under the Sheets” became her first release as an independent musician, which peaked Nat number 53 on the UK Singles Chart.

She released her debut studio album, Lights, on February 26, 2010, which reached atop UK Albums Chart and peaked at number 6 on the Irish Albums Chart. The album spawned hit singles “Starry Eyed”, “Guns and Horses”, and “The Writer”.

The song “Lights” from EP “Bright Lights” became her first effort to chart in the United States. It would later reach number 2 on the Billboard Hot 100 chart, and also hold the record of being her highest-charting song to date.

On August 21, 2012, she released the song “Anything Could Happen” as the lead single of her second album “Halcyon” The song peaked at number 33 in the UK apart from the album itself topping the UK Albums Chart.

She would later follow up with albums Delirium (2015) and Brightest Blue (2020). Her third album became her first album to make its way to the top 5 in the United States, peaking at number 3 on the Billboard 200 as well as topping the Ultratop in Belgium.

Thanks to her hit singles and albums, Ellie Goulding has made a huge wealth in her own right. With more than $30 million, Ellie Goulding is one of the richest singers in the United Kingdom.

In 2010, Goulding won the BBC Sound of 2010 poll and also won the Critics’ Choice Award at the 2010 Brit Awards, making her the second artist to win both in the same year.

She received a nomination for Best Pop Solo Performance at the 58th Grammy Awards.

She has collaborated with artists such as Tinie Tempah, John Mayer, Skrillex, Zedd, and Calvin Harris.

Artists Joni Mitchell, Kate Bush, and Björk were her influences.