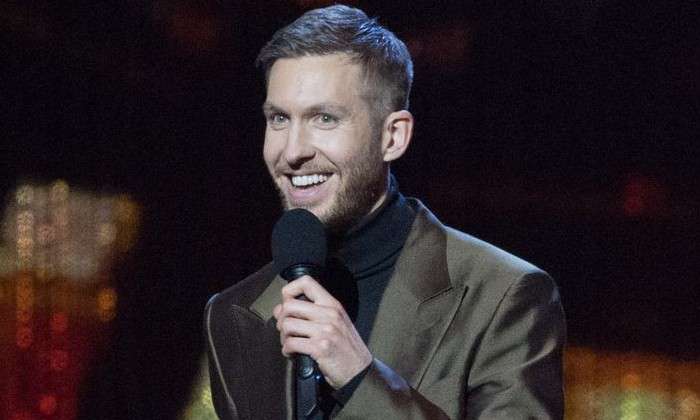 He continued his success with the release of his third studio album, 18 Months. The album has not only topped the UK Albums charts but also became his first album to chart on the US Billboard 200, peaking at number 19. With a ton of chart-topping numbers, he became a staple on everyone’s playlist and that eventually led to rack in millions with his music.

Calvin Harris was born Adam Richard Wiles on the 17th of January 1984, in Dumfries, Scotland. His father, David Wiles, was a biochemist, while his mother, Pamela Wiles (née Noon), was a housewife. He has two siblings: an older sister, Sophie, and an older brother, Edward.

Harris attended Calside Primary School and then went to Dumfries High School. He left school during his teenage years, took on jobs in supermarkets, and even worked in a local fish processing factory. As a teenager, he was drawn towards music and recorded singles “Da Bongos” and “Brighter Days” at age of 18.

He released these two singles through the label Prima Facie in early 2002 under the name Stouffer. Shortly afterward, Harri’s music career took off and he has had a successful solo music career.

The 37-year-old Scottish musician began dating American model Aarika Wolf in 2014 after meeting her on the set of his music video for “Blame” in August 2014. They came out with their romance in October that year and over the course of their relationship, they had broken up and reconciled multiple times.

Besides that, Harris has also dated some high-profile Hollywood celebrities, including American singer-songwriter Taylor Swift, whom he dated from March 2015 to June 2016. He was also romantically linked to British singer Rita Ora from April 2013 to June 2014.

Calvin Harris began his music career as a teen by posting his solo recordings to his MySpace page. Shortly afterward, Harris’ talent caught the attention of an agent from EMI and signed him to the label in 2006.

Harris released his debut studio album, I Created Disco, in June 2007 and embarked on a tour later that year. The album peaked at number eight on the UK Albums Chart and reached number 19 on the US Top Electronic Albums.

His second album, Ready for the Weekend, arrived in August 2009 and topped the UK Albums Chart. The album contained hit singles “I’m Not Alone,” “Ready for the Weekend,” “Flashback,” and “You Used to Hold Me” and was certified gold by the British Phonographic Industry (BPI).

With the release of his third album, 18 Months, he became a staple on everyone’s playlist, and his career only grew from there. It has many hit singles, including “Feel So Close” which became his first solo entry on the Billboard Hot 100 in the US, peaking at number 12. With eight top-10 singles from the album, Harris made history by breaking the record previously set by Michael Jackson.

He continued his success with the release of his subsequent albums “Motion” (2014) and “Funk Wav Bounces Vol. 1” (2017) and both reached the top-5 on the Us Billboard 200 chart. His successful career also open doors to other lucrative opportunities. He launched his own vanity label, Fly Eye Records, in March 2010.

He has raked in millions from his albums sales and concert tours. Besides that, he’s one of the highest-paid DJs out there and has had numerous residencies at many of Las Vegas’s premier establishments, including the Wynn Las Vegas, MGM Grand, and Caesar’s Palace.

Thanks to his various professional endeavors, Calvin Harris’ net worth is estimated to be $300 million. As he’s working on multiple projects, it doesn’t look like he’s going to slow down anytime soon. Nonetheless, Calvin Harris is one of the world’s richest musicians, and expect that number to go way up.

He holds a record of being the first artist to pass 1 billion Spotify streams in 2014.

He topped the highest-paid DJs list by Forbes for six consecutive years between 2013 and 2018, earning $46 million, $66 million, and $66 million, respectively.

Calvin Harris owns several real estate properties in the US as well as in his home country.

In 2013 he also received the Ivor Novello Award for Songwriter of the Year from the British Academy of Songwriters, Composers, and Authors.

Harris was named the Top Dance/Electronic Artist at the 2015 Billboard Music Awards.

In 2020, he sold his Hollywood Hills home for $5.1 million and another home in the neighborhood for $7 million.