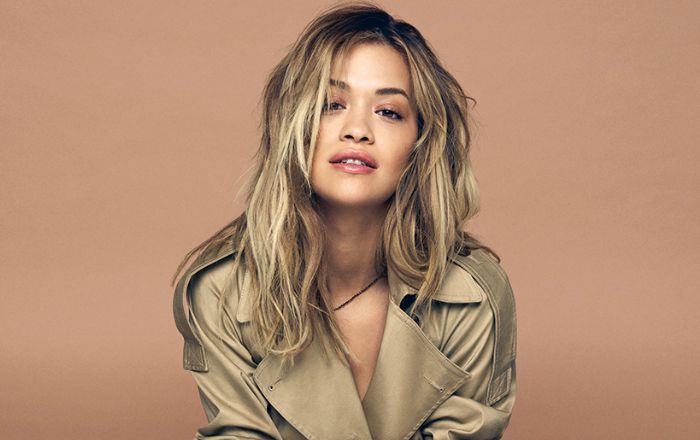 English singer and actress Rita Ora gained fame after appearing on DJ Fresh’s single “Hot Right Now”. Using that fame, she subsequently released her debut album, ‘Ora’, debuting at number one on the UK Billboard chart that spawned shit singles “R.I.P.” and “How We Do (Party)”. She has starred as Mia Grey in films Fifty Shades of Grey, Fifty Shades Darker and Fifty Shades Freed.

Her ethnicity is Kosovar Albanian.

Previously, Ora was in a relationship with American singer Bruno Mars from 2009 until 2011. She then briefly dated American TV personality Robert Kardashian from 2011 to 2012. She was also romantically linked with Scottish DJ, Calvin Harris from May 2013 to June 2014. She dated Richard Hilfiger in July 2015, and this relationship also didn’t last long.

She has dyed her hair blonde.

Rita Ora released her debut studio album “Ora” on 27 August 2012 which debuted at the top of the UK Albums Chart. The album spawned hit singles “Hot Right Now”, “How We Do (Party)” and “R.I.P.”.

Her second album Phoenix arrived in 2018 that featured hit singles “Anywhere”, “Your Song”, “For You” featuring Liam Payne, and “Let You Love Me”.

In 2004, Ora made her first film appearance in the British crime film “Spivs” for her role as Rosanna.

In 2004, Rita appeared in an episode titled “Children” of the British crime drama series “The Brief”. She was credited as Rita Sahatçiu Ora.

As of 2023, Rita Ora’s net worth is estimated to be $30 million dollars. She lives in London and drives a McLaren sports car.

Her parents named her after actress and dancer Rita Hayworth.

Ora considers herself a feminist.

Ora cites Gwen Stefani and Beyoncé as her big influences

She is good friends with Kate Moss and Ed Sheeran.

In 2014, Ora joined hand with Adidas and crafted her own apparel collections, including footwear and accessories.

On 10 July 2015, Ora was named an Honorary Ambassador of Kosovo by the country’s president, Atifete Jahjaga, at the Embassy of Kosovo in London.

In 2016, she collaborated with Italian fashion brand, Tezenis, on a capsule lingerie collection.

She has a dog named Poppy.

She has been one of the panelists for Masked Singer UK since 2020.

Rita is the coach of The Voice Australia from series 10 of the show.

She was bestowed with the “Style Icon” award at The Daily Front Row’s 2021 Fashion Media Awards.

In February 2022, she signed a record deal with BMG.