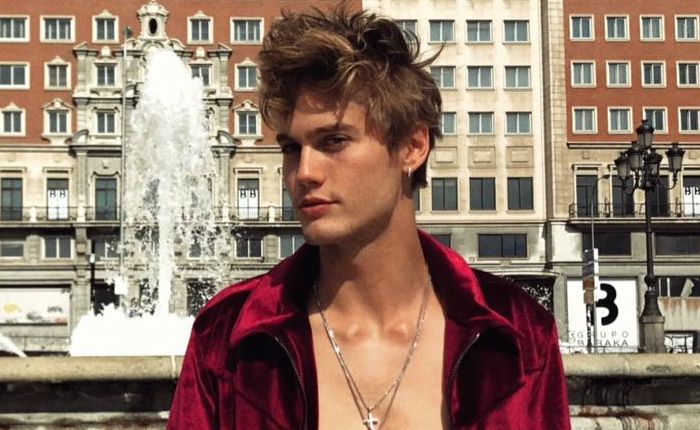 Neels Visser is an American model and an aspiring DJ who has a massive fan following across social media. This young multi-talented charm is a heartthrob of young girls and the most sought-after model in the glamour world. He owns an online fashion store called Living Regal where he serves as the CEO as well. One of the highest-paid models at the Next Model agency, Neels also runs a YouTube channel where he posts hilarious videos while entertaining fans.

Neels Visser was born on the 26th of September 1998, in Phoenix, Arizona, United States of America. He’s currently 23 years old.

Regarding his personal life, Neels Visser is the only son of American parents Annie Visser and Anton Visser, who owns a medical company. He has two sisters, an older Kendall Visser, an Instagram star, and Olivia Visser.

Neels Visser is in a relationship with Instagram sensation Cindy Kimberly since 2016.

Neels Visser has never thought of becoming a model as he was interested in film-making and DJ at a young age. However, it was his sister who runs a modeling agency who dragged him into the modeling world when he was just 14.

Having passionate about becoming a filmmaker and DJ someday, Neels launched his own YouTube channel and started gaining popularity with his hilarious and entertainment videos. He has worked with several high-profile brands like American Eagle, Dolce & Gabbana, Vanity Teen Magazine and Maybelline.

During school days, Neels was on his school sailing team.

He briefly worked in his father’s company which provided services in the medical field.

Fashionista web magazine included him in the list of “30 male models” that you should be following on Instagram.

In 2016, he was nominated for the Social Media Star award, but unfortunately, he lost it to Jordan Barrett.

He is good friends with models Lucky Blue Smith and Tatiana Maya.

Neels is a member of the Team 10 group that comprises of like-minded young social media influences. Other members of the squad include AJ Mitchell, Alex Lange, Tessa Brooks and Alissa Violet.