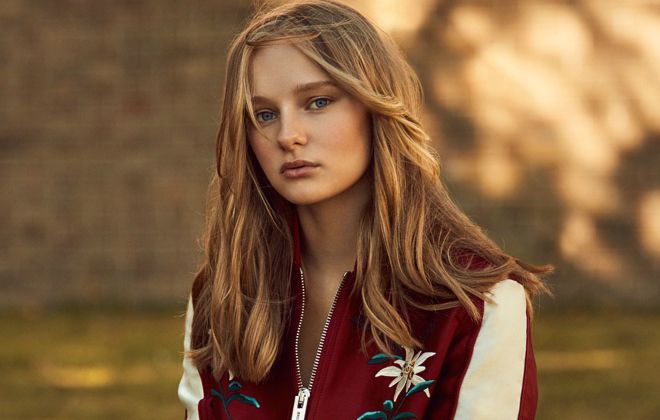 Maddi Waterhouse is a young beautiful model and social media personality who is best known for her work with brands such as Flash Trash and Dolce & Gabbana. She has appeared on the covers of magazines, including Love, Vogue, British Vogue, and Tatler. She is the younger sister of model and actress, Suki Waterhouse.

For education, Maddi attended The Harrodian School in Barnes, South-West of London.

Known for her campaigns with Flash Trash and Dolce & Gabbana.

Maddi starred together with her sister Suki in a campaign for Tommy Hilfiger and MyTheresa.

She landed her first cover for the teen edition of Tatler magazine when she was 16 years old.

Maddi was also featured in magazines like Love, Vogue, and British Vogue.

As an aspiring singer, she crooned cover songs like Dream by Priscilla Ahn.

She has walked the ramp for Dolce & Gabbana in the Milan Fashion Week Fall/Winter 2018/19 and Italian Christmas catwalk show at Harrods.