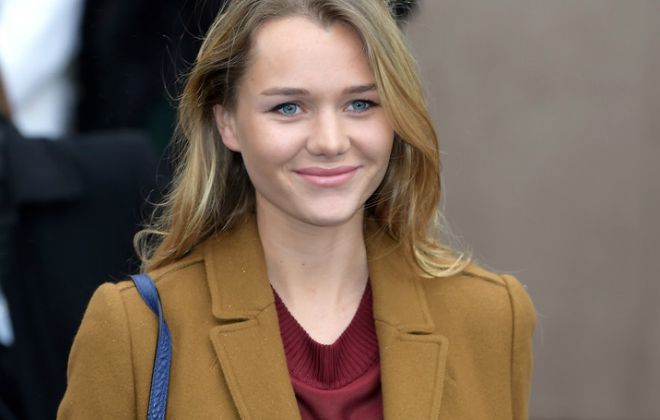 Immy Waterhouse is an English model, actress, and social media personality best known for her work with industry-leading designers such as Ashley Williams and Tommy Hilfiger. She is the youngest sister of actress and model Suki Waterhouse.

Having been acting since 2015, Immy shot to fame with her role as Gwynn Calkussar, the last surviving member of an overthrown and murdered royal family, on The CW series The Outpost. She is also known for her appearances in movies such as Nocturnal Animals (2016), Stan Lee’s Lucky Man (2016), and Braid (2018).

Immy Waterhouse was born on the 9th of June 9, 1994, in England, United Kingdom. She is currently 27 years old.

She studied acting at the Oxford School of Drama in Woodstock.

Immy Waterhouse is believed to be in a relationship with English singer Dougie Poynter.

Immy Waterhouse made her acting debut in the 2016 drama, crime, and romantic film Nocturnal Animals alongside Jake Gyllenhaal, Michael Shannon, and Amy Adams.

In 2015, she earned her first acting job in the crime and drama based series The Coroner, playing the role of Sophie Bailey.

Known for her campaigns with Vogue and Tommy Hilfiger.

She has appeared in ad campaigns and commercials for Tommy Hilfiger, Olivier Rousteing, Ugg, V by Very, Shopbop and Missoma.

There are not many details regarding her net worth right now. But thanks to her role in the TV show The Outpost, we can say that she’s raking up some big cash as she gets bigger and bigger.

She followed the footsteps of her sister Suki to become a model at a very young age. She is currently focusing on her acting career.

Immy has also secured herself a role in Danny Huston’s adaptation of the best-selling novel The Last Photograph, set to release in 2017.

She is good friends with fellow model Georgia May Jagger.

Immy Waterhouse was featured in several editorials such as the Teen Vogue, Vogue (USA, Russia), and L’Officiel Paris.

She joined Instagram in 2012 and has since accumulated a massive following of over 95k followers.

Immy has appeared alongside her sister in a recent Tommy Hilfiger Denim Campaign.