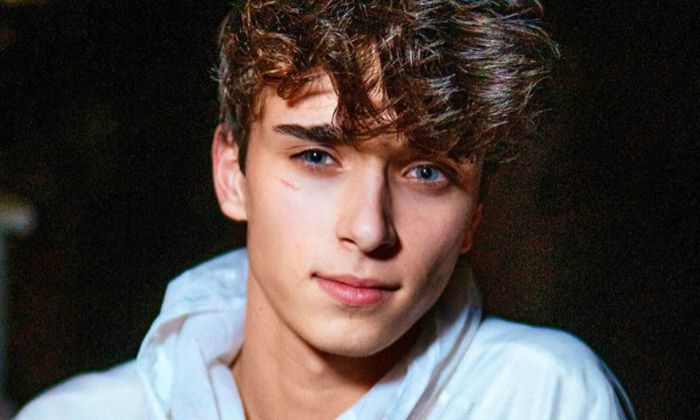 A social media influencer and actor from Canada, Josh Richards has achieved great success as a viral content creator. He turned his passion into a career that is extremely popular on the short video-sharing app, TikTok, where he has amassed over 26 million fans and roughly over 1.8 billion likes. As a crowned TikToker, his popularity across social media has led to several other exciting opportunities. Josh made his acting debut with the sports-drama flick Brother’s Keeper and has several other projects under his belt. His notable acting credits include parts in movies such as Summertime Dropouts and The Cardinal Sin. Aside from his acting and TikToking, Josh has accrued a huge fan following on Instagram as well as on his eponymous YouTube channel.

Josh Richards was born on the 31st of January 2002, in Toronto, Ontario, Canada. He is currently 20 years old.

Regarding his family and early life, there’s not much known as he has not disclosed anything about his personal matters. However, he was the oldest of three children to his parents. He grew up along with his younger sister Olivia and younger brother William in his hometown of Toronto.

Likewise, details about his formal education are unknown but there are reports that he’s a high school student.

With no doubt, Josh Richards is one of the most popular social media personalities out there and he’s a heartthrob to many girls. He is a very private person when it comes to relationships and has not revealed much about his love life as he prefers to keep those matters to himself.

Despite the fact that he doesn’t talk about it, there are rumors circulating the internet that the popular TikToker is dating a fellow TikToker Nessa Barrett. She is apparently a social media star and they started doing videos together on TikTok in late 2018 and eventually love blossomed between the two. Josh, however, hasn’t commented on this relationship, so nothing can be said with certainty. They ended their relationship in June 2020.

As a passionate actor, Andre Swilley made use of social media platforms, especially TikTok, to showcase his talents. He joined the short video-sharing app, TikTok (formerly Musical.ly) in early 2017. His persistence, hard work, creativity have earned him tens of millions of fans, thanks to his incredible lip-sync videos and other entertaining content.

Josh has made lip-sync videos to popular songs such as “The Box” by Roddy Ricch, “My Oh My” by Camila Cabello, “Lil Boat” by 88GLAM, “FML” by Arizona Zervas, and several others. Besides posting solo videos, he has also done collaborative works with fellow social media influencers Bryce hall, Anthony Reeves, Jaden Hossler, Benjil Krol, Kio Cyr, to name a few.

Josh launched his self-titled YouTube channel on January 16, 2017, however, he only posted his first video in January 2020. The video titled “READING CRINGEY TIKTOK BOY FANFICS!!” has already garnered close to a million views and almost 100 thousand likes.

As of February 2020, the budding star has only uploaded half a dozen videos to his channel. Some of the videos that had already crossed a million mark are “TikTok Couples Confirmed!? #TEATOK Danielle Cohn” and “Charli Damelio & Chase Hudson Get Roasted!?”

Through his accomplishments, Josh Richards has accrued little over 1.5 million dollars. His popularity across different social media platforms helped gain his popularity and has significantly increased his net worth.

Growing up, he played ice hockey, lacrosse, and soccer and was a huge fan of these games.

He took guitar lessons when he was young.

In 2018, Josh had a promotional collaboration with a shoe brand called Call It Spring.

That same year, he was invited as a guest VIP at the Rock Your Hair Tour event in Toronto.

He is one of the partners of the management company called TalentX Entertainment. They have worked with such brands as TikTok, Amazon, Facebook, and FOX.

In January 2020, he spoke at the Consumer Electronics Summit about climate change.

He is multilingual and can speak Hungarian, Italian, and German.

Singer and actress Selena Gomez is his celebrity crush.

He is a huge fan of actor Will Smith.

Josh’s on-screen debut came with the comedy movie Halloween Party, in which he starred and produced through his production company CrossCheck Studios in collaboration with STXfilms Motion Picture Group.