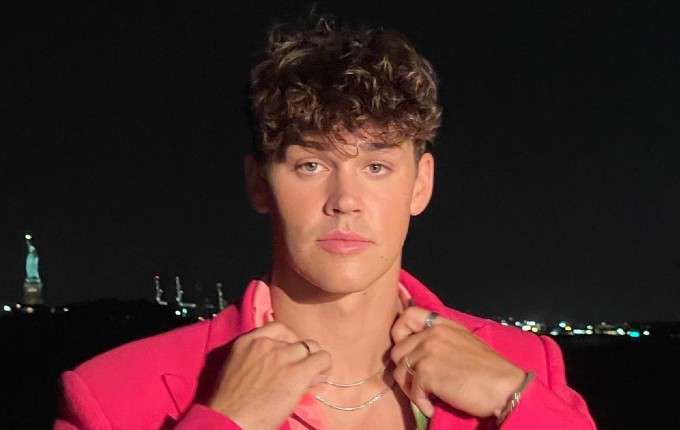 A member of Sway House, Noah Beck is a popular TikTok star from Peoria, Arizona. He’s just 20 years old though. But he has garnered so much attention for himself. He became even more popular after he has just gone public with his relationship with another TikTok star Dixie D’Amelio. She is one of the most-followed people on TikTik with more than 50 million followers.

Noah, like many TikTokers, is famous for his lifestyle, sports, and comedy-related content. On TikTok, he has gained over 32 million followers. In addition, he has more than 8 million followers on Instagram. So, who is Noah Beck? How did he become so popular in such a short time? Well, here’s everything you need to know about the recent TikTok sensation.

Talking about Noah’s family and early life, his family has been featured in many of his TikTok videos. However, he has not shared much about them except that he has two older sisters, Tatum and Haley.

He graduated from Ironwood High School and played football in school and college as well. Having played for different leagues, he was offered a full scholarship to the University of Portland, thanks to football. He played for the college team Portland Pilots as a midfielder. He dropped out of college during his freshman year to focus on his career.

Noah began dating fellow TikTok star Dixie D’Amelio in September 2020. Before embracing her love for Noah, they were actually friends. The duo got romantically attached to each other shortly after she ended things with Griffin Johnson.

The pair’s first public appearance came in May 2021 when they walked the red carpet at the 2021 Billboard Music Awards.

As of 2022, Noah Beck is reportedly worth around $1 million. Being a social media star, it’s no surprise that he earns a lot of money from his huge social media presence. With more than 30 million TikTok followers, he makes a ton of money with sponsored content. On top of all that, he has a massive presence on YouTube and Instagram. So all of that contributes to making up his net worth.

He started playing football at an early young age and played in the NCAA Division-1 level.

Noah began TikToking in 2020 during the COVID-19 pandemic. He has since attracted an audience of over 30 million followers and earned tons of views for each.

He is one of the members of the TikTok collective house Sway House. The house features popular TikTok creators, including Josh Richards, Bryce Hall, Quinton Griggs, Anthony Reeves, Griffin Johnson, and more.

He was named one of the top 10 breakout content creators of 2020 by TikTok.

In 2021, he appeared on AwesomenessTV ‘s series titled Noah Beck Tries Things, which also featured his girlfriend and other influencers.

He appeared on a digital cover of VMan in March 2021.

He runs his own eponymous YouTube channel, where he has amassed over 1.6 million subscribers.