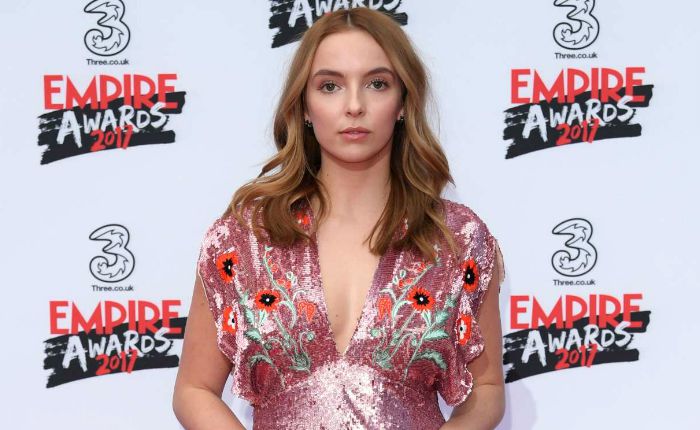 Jodie is an English actress perhaps best known for her role as Chloe on the British comedy-drama series, ‘My Mad Fat Diary’. She further gained fame and appreciation for her roles as Ivy Moxam in the BBC 3 miniseries, Thirteen, and as Queen Elizabeth of York in the Starz miniseries, The White Princess. In 2018, she joined the cast of the BBC America thriller series Killing Eve as psychopathic Russian assassin Oksana Astankova, a role that earned her her first Primetime Emmy Award and the British Academy Television Award.

Jodie Comer was born on the 11th of March 1993, in Liverpool, Merseyside, England, United Kingdom. She is currently 29 years old.

Unfortunately, nothing much is known about her family at this moment. Her parents’ name is unknown. She has a younger brother named Charlie Corner.

Jodie Comer is a beautiful actress with green eyes and blonde hair and is no doubt that she is a beauty to be reckoned with. Having been a dream girl of many, her fans are always curious about her romantic life.

But the gorgeous blonde rarely opens up about her private life and has successfully managed to keep that aspect of her life away from the limelight. Thus there is not much information available about any relationship she has had in the past or in the present.

Comer made her feature film debut in 2017 as Christine in the biographical drama film, ‘England Is Mine’, which is based on the early years of singer Morrissey. Directed by Mark Gill, the film had Jack Lowden playing the titular role alongside actors Jessica Brown Findlay and Laurie Kynaston.

She had her first acting job in the British medical soap, ‘The Royal Today’ as Leanne. She appeared in just one episode of the series in 2008.

Jodie Comer is well known to the television audience for her work in My Mad Fat Diary as Chloe Gemell, Thirteen as Ivy Moxam, and Doctor Foster as Kate Parks.

She developed an interest in acting at a very young age. During this time, she attended a weekend drama school and also performed in school plays.

Comer won a competition at the Liverpool Drama Festival with a dramatic reading about the Hillsborough disaster.

Her love for acting was discovered by her drama teacher, who sent her for an audition for a BBC Radio 4 play. In fact, it was her first acting job.

She has a Liverpudlian accent.

In 2018, she won a number of awards for her stellar performance in the Tv series ‘Killing Eve,’ including the Female First Awards 2018 for Television Actress of the Year and Marie Claire Future Shaper Awards for Acting High Flyer.

Comer is an avid fan of American singer and songwriter Bruce Springsteen.

In September 2019, Jodie Comer won her first Primetime Emmy Award for Outstanding Lead Actress in a Drama Series for her role in the television series Killing Eve.