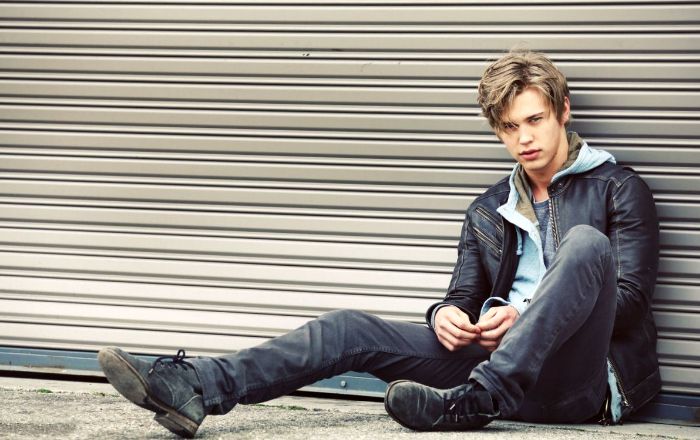 American actor and singer, Austin Butler, who is best known for his acting roles as James “Wilke” Wilkerson in Switched at Birth, Jordan Gallagher on Ruby & The Rockits, Sebastian Kydd in The Carrie Diaries, and Wil Ohmsford in The Shannara Chronicles.

Austin Butler was born on the 17th of August 1991, in Anaheim, California, United States of America. He’s currently 30 years old.

Austin Butler is the son of Lori Anne (née Howell), an aesthetician, and David Butler. His older sister, Ashley (born in 1986), worked as a background actor alongside him on Ned’s Declassified School Survival Guide.

Austin went to public school until seventh grade and later took homeschooling for the rest of his school education. At the age of 15, he appeared for CHPSE (California High School Proficiency Exam) completing his formal high school education.

Austin Butler was in a relationship with fellow singer and actress Vanessa Hudgens between 2011 and 2020. Love sparkled between the two when they first met at a milkshake joint in September 2011 followed by several other occasions. They broke up in January 2020.

In 2020, Austin and actress AnnaSophia Robb were an item. He began dating actress Lily-Rose Depp in 2021.

In 2009, Austin Butler had his first acting role in the 20th Century Fox’s family adventure movie ‘Aliens in the Attic’, in which he played the role of Jake Pearson.

Staring his career as an extra artist, Butler landed his first regular job as a background actor playing the role of Lionel Scranton for two seasons on Nickelodeon’s Ned’s Declassified School Survival Guide from 2005 to 2007.

He released his debut single “Possibilities” which he performed with Alexa Vega for Ruby and the Rockits series on iTunes on August 18, 2009.

For his television roles as Jake Krandle in iCarly, as Jordan Gallagher in Ruby & the Rockits, as Sebastian Kydd in The Carrie Diaries, and as Wil Ohmsford in The Shannara Chronicles.

He is also known for his recurring roles in the TV series Life Unexpected and Switched at Birth.

As of 2023, Austin Butler has an estimated net worth of $4 million Us dollars

At the age of 13, Butler was discovered by a management company representative at the Orange County Fair, which kick-started his acting career.

Butler began playing the guitar at the age of thirteen and piano at sixteen.

In May 2007, Butler guest appeared playing the role of Derek Hanson opposite actress Miley Cyrus on the Disney Channel series Hannah Montana.

In March 2012, Butler was cast as Sebastian Kydd in The CW’s Sex and the City prequel series, The Carrie Diaries.

In 2014, Austin Butler had joined the cast of ‘Death of the Author’, a theatrical play directed by  Bart DeLorenzo, at the Geffen Playhouse in Los Angeles. He played the role of Bradley, a pre-law student with a double major in political science and math, and is set to graduate from a wealthy university.