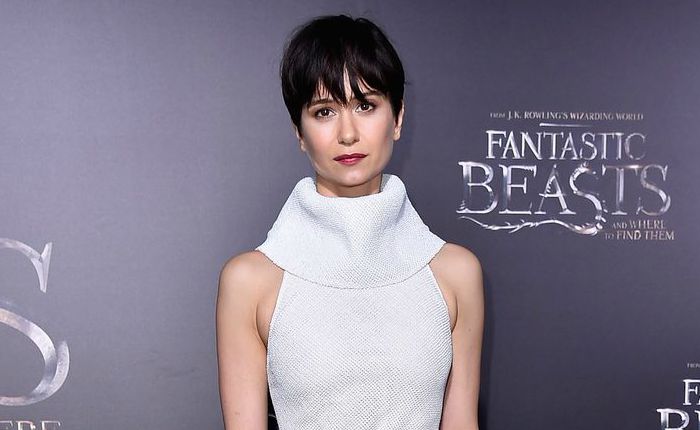 Katherine Waterston is a British-born American actress who gained widespread acclaim for her role as Shasta Fay Hepworth in Paul Thomas Anderson’s Inherent Vice in 2014. She played Tina Goldstein in Fantastic Beasts and Where to Find Them and Fantastic Beasts: The Crimes of Grindelwald. Her other acting credits include Steve Jobs, Alien: Covenant, and Logan Lucky. In addition to onscreen appearances, she also appeared in Off-Broadway productions, including Bachelorette, Dreams of Flying Dreams of Falling, and The Cherry Orchard.

Katherine Waterston was born on the 3rd of March 1980, in Westminster, London, England, UK. She is currently 42 years old.

Katherine is the daughter of Lynn Louisa (née Woodruff), a former model, and Sam Waterston, an Academy Award-nominated actor. She has an older sister named Elisabeth Waterston, an actress and an older brother named Graham Waterston, who is a director. Her older half-brother, James Waterston, also an actor.

Waterston attended Loomis Chaffee School and graduated in 1998. She studied acting at the Tisch School of the Arts at New York University.

Waterston dated American playwright and director Adam Rapp for over six years before they ended their relationship. In November 2018, she revealed that she was expecting her first child. She gave birth to her son in 2019.

In 2004, she appeared in a pilot episode of the TV series ‘Americana’. She played Emma Harrow in an American period crime drama TV series ‘Boardwalk Empire’ from 2012 to 2013.

Waterston earned critical acclaim for her starring role as Shasta Fay Hepworth in Paul Thomas Anderso’s neo-noir comedy-drama crime film,
Inherent Vice. The film is based on the novel of the same name by Thomas Pynchon.

She is also received positive reviews for her roles as Porpentina “Tina” Goldstein in Fantastic Beasts and Where to Find Them and its sequel Fantastic Beasts: The Crimes of Grindelwald, Janet “Danny” Daniels in Alien: Covenant and Dabney in the mid-90s.

She is also a remarkable stage actress. In 2011, she performed in Dreams of Flying, Dreams of Falling and The Cherry orchard at the Classic Stage Company.

In November 2015, she appeared on the cover of Town & Country magazine.

She had a recurring role as Emma Harrow in the TV series Boardwalk Empire in 2012.

Waterston received several nominations, including Satellite Award for Best Actress in a Supporting Role for her performance in Inherent Vice and won the Film Independent Spirit Awards for Robert Altman Award.