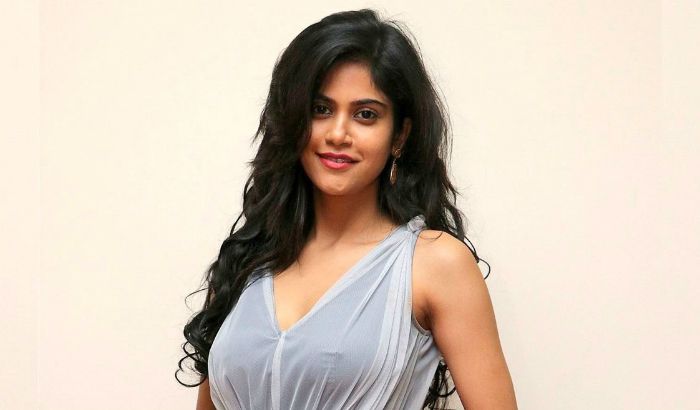 Aaditi Pohankar is a popular Indian film actress and stage performer who is known for playing one of the leading females in the Tamil film,Gemini Ganeshanum Suruli Raajanum. Beginning her career as a theater artist, she was mentored by Pandit Satyadev Dubey as well as worked with the veteran theater actor Makrand Deshpande in his play Time Boy. Having performed in several stage plays in Mumbai, she got her break with the Marathi film Lai Bhaari (2014) co-starring Riteish Deshmukh. Eventually, she was offered several other roles in Hindi and Tamil, where she has apparently settled over with Tamil films.

Aaditi Pohankar was born on 11 April 1990, in Mumbai, Maharashtra, India.

Her educational background is currently unavialable.

Due to her very low personal profile, there’s nothing much known about her relationship status.

Aaditi Pohankar made her acting debut with a small role in the Hindi anthology film Love Sex Aur Dhokha in 2010. The following year, she made her Marathi debut with the film Kunisathi Kunitari. In 2017, she first starred in the multi-starrer comedy film Gemini Ganeshanum Suruli Raajanum co-starring Atharvaa, Soori, Regina Cassandra, Pranitha Subhash, and Aishwarya Rajesh.

She hasn’t appeared in TV series.

During her modeling career, Aaditi has appeared in more than 20 TV commercials including for Cadbury Munch, Godrej AER, Airtel, Lenkart and Samsung.

She has also been a supporter of the Celebrity Cricket League franchise, Veer Marathi, and has attended the team’s matches.

Her favorites are unknown.

As a model, she has walked the runway at the 2014 International Film Festival of India held in Goa.

A former athlete, who has won gold medal at state level competitions.

She won MFAA Award for Best Debutant Female for her performance in the Marathi film Lai Bhaari.

She’s currently working with the Tamil film, Mannavan Vanthanadi, directed by Selvaraghavan and featuring Santhanam in the lead role.