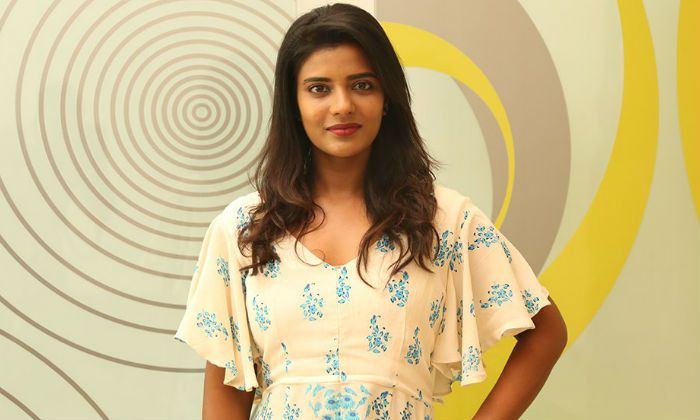 Aishwarya Rajesh is an Indian film actress, who is best known for her works in Tamil movies such as Attakathi, Jomonte Suvisheshangal, Vada Chennai, Kanaa, and Dharma Durai. She won the Tamil Nadu State Film Award for Best Actress for her stellar performance in the movie Kaaka Muttai in 2015. A born talent got her start as a television host and gradually transitioned to movies. Since then, she hasn’t turned her back. After giving a bunch of commercial hit movies, Aishwarya became the most wanted actress in K-town and has been roped in various high-profile films. With Daddy, she made her debut in Bollywood. Besides all this, she has a considerable following across social media platforms.

Aishwarya Rajesh was born to Telugu parents on the 10th of January 1990, in Chennai, Tamil Nadu, India. She has a brother named Manikanda Anegan Mohan. Telugu actress Sri Lakshmi is her aunt.

Aishwarya, unlike other performing artists in the creative industry, is not vocal when it comes to her relationship status. Looking at her social life, the chances of her having a boyfriend are slim at best. In case she has a boyfriend, she is good at handling it better than her peers and it looks like she has no plans to reveal the identity of her boyfriend to fans yet.

Aishwarya made her first appearance in the 2010 Tamil film Neethana Avan in an unaccredited role and from there on, she did around a dozen of films in Tamil in supporting roles and second lead.

She attained fame and recognition for playing a mother of two in the 2015 Tamil film Kaaka Muttai directed by Manikandan. Thereafter, her fame and popularity have only enhanced earning her a lead lady role in the 2017 Hindi film Daddy. This film marked her debut in Bollywood.

Aishwarya Rajesh first appeared on the third season of the dance reality show, Maanada Mayiada, and apparently won the title of the season.

Also, She has appeared on television on several occasions promoting her movies. Her notable appearance came this year when she was featured on a television talk show, The Kapil Sharma Show.

Aishwarya has endorsed quite a few brands and has appeared in television commercials and print ads.

Despite being a talented actress with unmatched beauty, Aishwarya is yet to get lucrative remuneration for movies. And, apparently, she had acted only in small-budget movies to this date and once she gets herself fit into big movies, she may get her dream salary.

The gorgeous actress hasn’t yet purchased a home for herself and still lives in a rented house in Chennai.

Born in a family of actors, Aishwarya Rajesh desired to follow in the footsteps of her father Rajesh, a famous Telugu actor. Despite being a natural star with unmatched beauty, this young lady faced a lot of struggles in her teens to get to where she has reached today.

Aishwarya did several odd jobs including a part-time salesgirl in a supermarket, and pamphlet distributor, and hosted small private events during her teenage days to meet her ends. She also learned dance during high school.

She participated in the dance reality show, Maanada Mayilada, whilst in college and eventually won the season’s title that marked her start in showbiz.

Aishwarya gradually climbed up the ladder of fame and made herself known to the world when she entered into showbiz hosting a television comedy reality show, Asatha Povathu Yaaru.

Her breakthrough role in her career came in the form of a Tamil film Kaaka Muttai, in which she played a mother of two slum kids which cranked up the box office. Her performance in the film gained her a Tamil Nadu State Film Award for Best Actress. Since then, Aishwarya’s fame, reputation, and popularity have enhanced.

The dusky beauty with natural acting talents is the most sought-after actress in Kollywood and has over a half dozen of movies in her kitty.

Aishwarya Rajesh has been featured on the covers of popular magazines like We magazine. She has also endorsed a variety of brands and acted in television commercials.