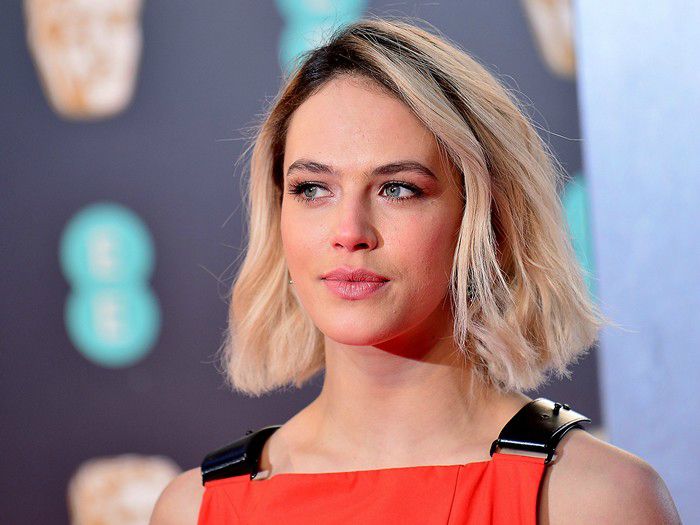 Jessica Brown Findlay is an English actress who is most popularly known for her roles as Lady Sybil Crawley in Downton Abbey, and as Emelia Conan Doyle in Albatross. Her film credits include Victor Frankenstein and This Beautiful Fantastic.

Jessica Brown Findlay was born on the 14th of September 1989, in Cookham, Berkshire, England, United Kingdom. As per her zodiac sign Virgo, she’s very practical and sophisticated but at the same time, she’s very kind and gives a lot of attention to detail before taking a new job, which is clearly evident in every role she stars in. Check out to know which celebrities share the Virgo sign.

Findlay is the only daughter of Beverly, a teaching assistant, and Christopher Brown Findlay, who works as a financial advisor. She has Scottish, English, Irish, and Welsh ancestry and holds British nationality.

But subsequent ankle surgeries made her quit ballet and later she enrolled in a Fine Art course at Central Saint Martins College of Art and Design. She is also trained in ballet from the National Youth Ballet and the globally renowned Royal Ballet School.

Jessica Brown Findlay is the wife of actor Ziggy Heath. She married Ziggy on 12 September 2020 after dating him for more than 4 years.

She was previously in a relationship with Thomas Campbell from 2010 to 2012.

Jessica Brown Findlay had her first television appearance in 2009 when she was cast as Rachel in an episode of E4 comedy-drama series Misfits.

As of 2022, Jessica Brown Findlay has accumulated a net worth of $3 million from her acting career.

Jessica began training in ballet at a tender age of three and at age 15, she performed with world-renowned Russian Ballet Company, Kirov at the Royal Opera House for a summer season.

She won a Screen Actors Guild Award in 2013 for Downton Abbey.

Brown Findlay was also nominated for Most Promising Newcomer at the British Independent Film Awards and the Evening Standard British Film Awards for her work in the film Albatross.

In 2017 she voiced the character of Fay in the animated film, Monster Family.

She is obsessed with rings and often wears multiple rings on each finger.

She is good friends with Downton Abbey co-star Allen Leech.

In 2018, she played her part as Elizabeth McKenna in The Guernsey Literary and Potato Peel Pie Society.

From 2017 to 2019, she was cast in the role of Charlotte Wells in the period drama TV series Harlots.