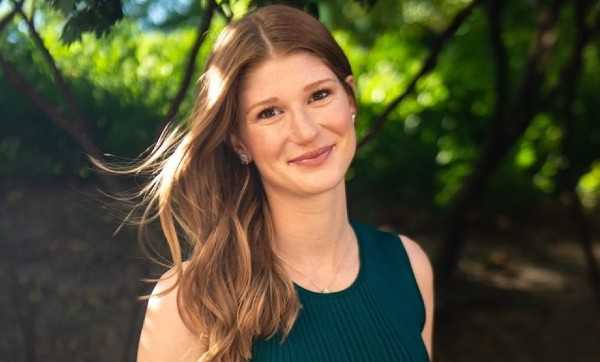 Jennifer Gates is an accomplished equestrian and the eldest daughter of tech billionaire Bill Gates and his wife Melinda Gates., a philanthropist. She has been trained in horse riding since she was six years old and her father bought a $37 million property in Wellington, Florida to support her passion and love for horse riding.

From a young age, she has competed in several horse riding competitions. The 24-year-old, who is currently pursuing her medicine at Mount Sinai’s Icahn School of Medicine. She is also a competitive showjumper and is dating fellow show jumper, Nayel Nassar, an Egyptian, for years now.

She is of English, Irish, German and Scots-Irish descent.

Jennifer attended the Lakeside School, a private school in Seattle. She studied human biology at the prestigious Stanford University and graduated in 2018.

She took a year off and then enrolled at Mount Sinai’s Icahn School of Medicine, where she’s currently pursuing her medicine.

Jennifer lives with her family in their lavish mansion dubbed Xanadu 2.0 overlooking Lake Washington in Medina, Washington. The property is now worth over $148 million that boasts a lot of amenities, including an artificial stream and a beach.

Jennifer has been dating Nayel Nassar, who is also an competitive equestrian and showjumper, since 2017. The pair made their relationship public in 2018 on their first anniversary on January 15. They got engaged in January 2020.

Nassar has been riding since he was five and holds a degree in economics from Stanford University. His parents are also multi-millionaires who are into construction business.

Both Gates and Nassar are riders for Bill Gates’ Paris Panthers a riding club that competes in different forms of equestrian sporting events. In 2019, the duo placed ninth in the Global Champions League.

Despite her dad being the fourth richest person in the world with a net worth of 124 billion, she and her siblings will each receive a paltry portion of his net worth. This is because Bill Gates and Melinda Gates have pledged to give a major portion of their wealth to charities.

According to Celebrity Net Worth, Jennifer Gates has an estimated net worth of around $20 million as of 2023.

Her father co-founded Microsoft, one of the world’s largest the software company with Paul Allen.

She started horse riding at age six. Bill Gate is also an equestrian but he is not competitive.

She and her siblings were not allowed to use mobile phones until they were 13 years old and they had a limited screen time while growing up.

Her father is very supportive of her love for horse riding and spent a hefty $1 million to rent a mansion close to the site of the Winter Equestrian Festival in Palm Beach, Florida.

Eve Jobs, daughter of late Steve Jobs, is also a competitive horseback rider. They both have faced each other in horseback riding competitions.

She loves to travel and her Instagram includes pictures from her past trips to Kuwait, Spain, Australia, and many other places.