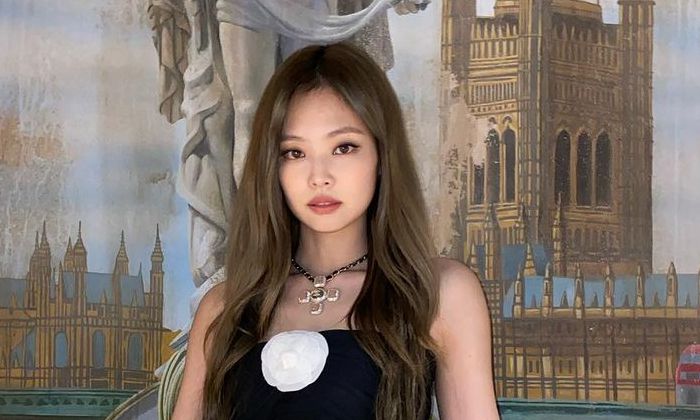 Jennie Kim is a South Korean singer, songwriter, and rapper, who has made the leap to international fame as a member of the K-pop quartet Blackpink. Though she is only in her 20s, she has already garnered much attention for herself in the pop industry. She first came into the limelight when she appeared on G-Dragon’s music video “That XX” and made several such appearances before releasing their first single album “Square One” in August 2016.

Kim released “Solo” as her debut solo single in November 2018, topping worldwide charts. The global success of the single made her the first solo K-pop female artist to top the Billboard World Digital chart. Soon after, the K-pop quartet released their debut studio album “Blackpink in Your Area”. She has graced the covers of several prestigious magazines, including the likes of Harper’s Bazaar, Elle, and Marie Claire. Thanks to her good looks, soulful voice, and amazing talent, she has found her place in the world

Jennie Kim is the only child of her parents. Her father owns a hospital while her mother is a director and shareholder of the media company CJ E&M. At age 8, she moved to New Zealand, where she attended Waikowhai Intermediate School in Auckland.

She then studied English at the ACG Parnell College in Auckland, New Zealand. She aspired to become a ballet dancer when she was young but as she got older, she developed a strong interest in music. Eventually, she returned to South Korea and joined YG Entertainment as a trainee. She later became a member of the girl group Blackpink.

Jennie Kim is currently single. She was previously in a relationship with Exo’s Kai aka Kim Jong-in. They dated for a few months from late 2018 to early 2019.

Why is Jennie so Famous?

Eventually, after joining YG Entertainment, she took vocal training for around six years. During this time, she worked with artists like Lee Hi, G-Dragon, and Seungri while appearing in various music videos, including G-Dragon’s music video “That XX”.

In June 2016, Jennie debuted as a member of the K-pop girl group, BLACKPINK along with bandmates Lalisa Manoban, Roseanne Park, and Jisoo Kim. Two months later, the group released their single album debut “Square One” on August 8, 2016.

She got her mainstream break with the single “Solo” which arrived on November 12, 2018. On the heels of the success of her single, she became extremely popular in her home country as well as across the globe. Besides receiving millions of streams, it topped the music charts in South Korea and the US. Eventually, it achieved a triple crown status and made her the first solo K-pop female artist to top the Billboard World Digital chart in 2018.

Jennie Kim has garnered a huge social media following becoming a major influencer for Generation Z. With over 39 million followers on her @jennierubyjane Instagram account, Jennie is one of the most followed K-pop artists.

She jumped on the YouTube bandwagon on January 13, 2021, and has since earned an audience of 3 million subscribers. With the numbers growing still, her intro video has received over 12 million views in less than 48 hours.

Dubbed as a fashion icon, she’s well-respected in the K-pop industry for her sense of fashion. Aside from being a showstopper for fashion events, she has been the face of several fashion labels.

With an incredible net worth of $10 million, she’s the second richest Blackpink member after Lalisa Manoban who has a whopping $10 million as her net worth.

She is known as the YG Princess in the group.

Jennie has made it to the covers of reputable fashion magazines such as Dazed, Harper’s Bazaar, Elle, Marie Claire, High Cut, W, and Cosmopolitan.

In April 2019, she performed at Coachella making her the first Korean solo artist to achieve this feat.

Jennie is fluent in Korean, Japanese, and English.

She has two pet dogs, Kai and Kuma.

Besides singing, she can play the piano and the flute.

Her idol is Barbadian legend Rihanna.