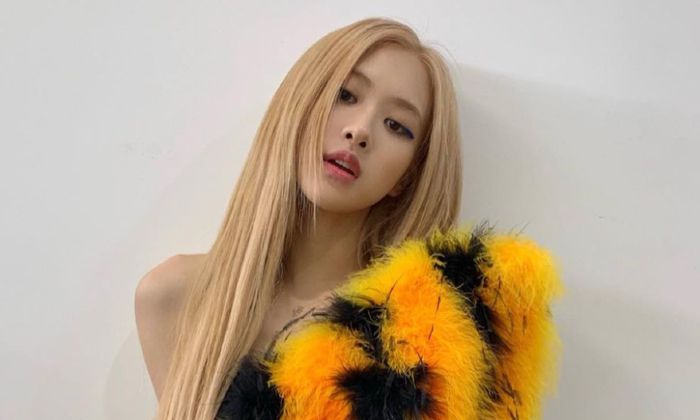 Who is Roseanne Park?

For many, Roseanne Park is a familiar name. Since 2016, this 23-years old South Korea based singer has been generating a lot of buzz in the pop industry. Popularly known as Rosé, she’s one of the members of the popular K-pop girl group Blackpink alongside Jisoo, Jennie, and Lisa. The discography of Rosé has been so impressive that features a lot of chart-topping numbers, including “Boombayah”, “Ddu-Du Ddu-Du”, “Kill This Love” and “Lovesick Girls”. Her singing career brought her so much attention, she’s the third most followed Korean personality on Instagram. Recently, the group released a Korean-language album entitled The Album, which was very successful on music charts in countries such as Korea, the United States, The United Kingdom, New Zealand, Australia, and Canada.

Born in Auckland, Newzealand, Roseanne Park is the youngest daughter of South Korean parents, whose details such as names, profession, or any information for that matter weren’t disclosed to the public yet.

She grew up with her older sister, Alica Park, in Auckland until the age of seven, and thereafter, the family moved to Australia, where she attended Canterbury Girls’ Secondary College in Melbourne.

She dabbled in music from an early age. Aside from training in vocals, she credits having performed in church choirs while learning to play the piano and the guitar throughout her school education. Now that she has succeeded in that industry she has expressed interest in becoming a singer.

Given the fact that YG Entertainment doesn’t entertain their artists to get involved in a relationship, the chances of her having a boyfriend are slim at best.

Why is Rosé so famous?

Roseanne Park has been singing since she was young. At such a young age, she set her goal to become a singer, and to accomplish her dream, she took vocal lessons as well as learned to play piano and guitar.

When she came to know that South Korean record label YG Entertainment is on a hunt for trainee singers, she participated in the audition and eventually won the part. She dropped out of school and moved to Seoul, South Korea to pursue her music career. That same year, Rosé got her break when she appeared on G-Dragon’s song “Without You”.

Roseanne Park has appeared in TV shows such as King of Mask Singer and Fantastic Duo.

In June 2016, she rose to meteoric heights as a singer, becoming a member of the K-pop girl act BLACKPINK, where the group released their first single album “Square One”, featuring chart-topping tracks “Boombayah” and “Whistle”. The other members so the group are Jisoo Kim, Jennie Kim, and Lalisa Manoban.

Blackpink is one of the most successful female acts in the world. They have tons of hit songs to their credits such as “Boombayah”, “Whistle”, “Playing with Fire”, “As If It’s Your Last”, “Ddu-Du Ddu-Du”, “Kill This Love”, “How You Like That”, “Ice Cream” and “Lovesick Girls”.

The group’s first Korean album, The Album, arrived in October 2020, debuting at number one on the Gaon Digital Chart and debuted at number 2 on the Billboard 200. The album helped the group to make history for being the first female Korean act to have two number one US Hot 100 music chart.

Since launching her career, Roseanne Park has become extremely popular, attracting tons of people in her home country and beyond. With more than 35 million Instagram users following her on the platform, she’s the third most followed celebrity in her home country.

Thanks to her career accomplishments, Roseanne Park has a net worth of whopping $8 million dollars.

Her Korean name is Park Chaeyoung.

She can speak fluent Korean, Japanese, and English.

She has a pet fish named Joo-hwang.