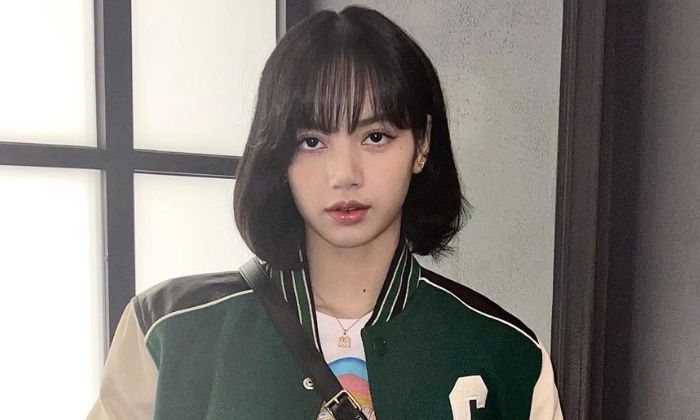 Lalisa Manoban, better known to the world as Lisa, is a Thai singer, rapper, dancer, and social media sensation. Having been a part of the K-pop all-girl group Blackpink with bandmates Jisoo, Jennie, and Rose, Lisa has already achieved a tremendous amount of success at just 23 years old. The group made its global debut with its single album “Square One” on August 8, 2016, topping the charts in Korea and the US. They followed up with the chart-topping studio album “Blackpink in Your Area” in 2018.

In 2020, the quartet made headlines with their first Korean-language album entitled “The Album”. When the album arrived, it quickly shot to the top of the music charts in Korea, New Zealand, the U.K., and the U.S. Aside from singing, she has also appeared in TV shows such as Real Man 300 and Youth With You Season 2 and Season 3. Over the years, Lisa has transformed herself into a prominent face in contemporary music that has earned her millions of fans across social media.

Lalisa Manoban was born and raised in Buriram Province, Thailand. She’s the only child to her parents whose information was not revealed to the public yet. Though details about her biological parents weren’t known, she was raised by her mother and her stepfather, Marco Brueschweiler, a certified Swiss Master Chef based in Thailand where he owns a restaurant.

She was educated at Praphamontree II School, a private school in Bangkok. From an early age, Lalisa knew she wanted to pursue a music career and took dance and vocal lessons. Over the years, she has competed in various dance competitions and won several awards, including the Special Team Award at the 2009 LG Entertainment Million Dream Sanan World.

Now, this is the topic that most of you are probably looking forward to. Lisa, in fact, has no visible relationship ties with anyone and the chances of her having a boyfriend are slim at best because she isn’t allowed to be in a relationship or smoke or drink as long as she’s associated with YG Entertainment, the brain of Blackpink. Although the young beautiful rapper is keen on building her music career, her beauty cannot go unnoticed.

Why is Lisa so Famous?

Lalisa was just 13 years old when she won the audition for YG Entertainment. She was the only applicant to get selected among 4000 applicants. Her music aspirations took her to South Korea where she underwent rigorous training in both dance and singing. In August 2016, she made her debut as a member of the all-girl group BLACKPINK alongside Roseanne Park, Jisoo, and Jennie Kim.

The Korean act is comprised of four members, including Lalisa Manoban and three Korean-based singers Jisoo Kim, Jennie Kim, and Rose Park Chae Young. Lisa is the first non-ethnically Korean to be chosen by YG Entertainment.

They continued their success with several chart-topping singles such as “Playing with Fire”, “As If It’s Your Last”, “Kill This Love” and “Ddu-Du Ddu-Du”. The latter became their first track to make it to the Billboard Hot 100 chart.

On October 2, 2020, the group’s first Korean-language album, The Album, arrived, which made it to the top spot on the Gaon Digital Chart chart, selling more than a million copies worldwide. It also peaked in the top three spots in Australia, New Zealand, the U.K., and the U.S. Having sold more than 1.2 million copies, Blackpink became the first-ever million-selling K-pop girl group.

Besides all, Lisa has appeared in TV shows such as Real men 300 and was cast as the dance mentor in the second and third seasons of the Chinese girl group survival program Youth With You.

Arguably, Lalisa Manoban is the richest Blackpink member with a staggering net worth of $10 million, as of 2022. She’s the main dancer and vocalist of the group. Throughout her career, she has worked with several global brands including Samsung, Adidas, D&G Downy, and Tencent Games, which have considerably increased her wealth.

Ever since the launch of her music career with Blackpink, she’s basically doing it in the spotlight, having attracted millions of fans from all over the globe. She’s got over 52 million followers on her @lalalalisa_m Instagram account making her the most followed Blackpink member on Instagram. She has a YouTube channel called Lilifilm Official, where she has over 4.8 million subscribers.

She changed her name from Panpriya to Lalisa after a fortune-teller advised her to do so.

Her role models are Kehlani and Nana Komatsu.

She becomes mad when people disrespect her.

She can speak fluent Thai, Korean, Japanese, and English.

When Lisa was featured on the cover of Harper’s Bazaar Thailand’s May 2019 issue, all 120,000 printed copies were sold.

In 2019, she became the muse for Celine, a French luxury brand.

She released her self-titled album on September 10, 2021, which topped the Korean chart. The album received dual platinum certification.