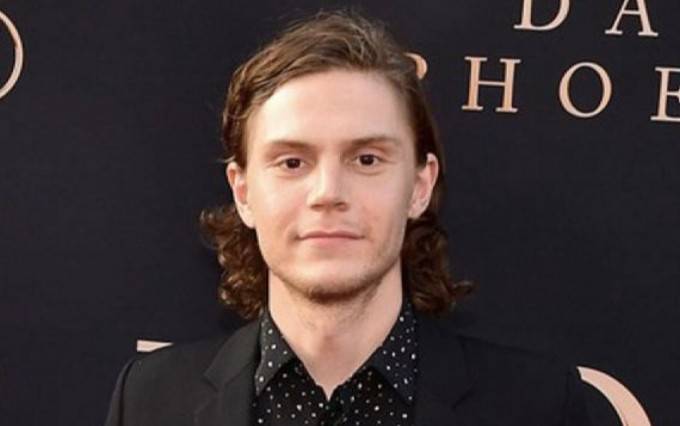 Evan Peters is an American actor who rose to fame with the FX anthology series American Horror Story, where he was cast in multiple roles in different seasons of the series. His first major role came in the ABC TV series Invasion as Jesse Varon in 2004 and has since took on various roles in TV series such as One Tree Hill, Pose, WandaVision, and Monster: The Jeffrey Dahmer Story. Apart from TV shows, Evan is also known for his roles as Peter Maximoff in X-Men: Days of Future Past and its sequels X-Men: Apocalypse and Dark Phoenix and Warren Lipka in American Animals. In 2021, he played the lead role of a troubled detective Colin Zabel in the HBO miniseriesMare of Easttown, for which he won the Primetime Emmy Award for Outstanding Supporting Actor in a Limited or Anthology Series.

He has German ancestry.

Talking about his family, Evan is the youngest of three children to Phil Peters and his wife Julie Peters. His father worked as a vice president of administration for the Charles Stewart Mott Foundation. He has two siblings, Andrew Peters and Michelle Peters. Michelle is his half-sister.

Having been raised in a Catholic family, his parents put him in a Catholic school before moving to Grand Blanc, Michigan with his family where he went to Grand Blanc Community High School. It was during this time he got interested in acting and decided to pursue a career in acting. He took acting lessons and began modeling as well. His passion and dreams to become an actor took him to Los Angeles where he attended Burbank High School and later enrolled in homeschooling classes.

Of the several relationships he had been involved in over the years, the one that has been often discussed on media was his relationship with actress Emma Roberts. He met her on the sets of the movie Adult World (2013), and the two developed feelings and soon began dating each other. The pair often made headlines for various reasons, including a domestic violence charge on Emma when she assaulted and injured Evan badly during a hotel stay in 2013. She was not arrested as Evan didn’t press charges but they broke up. Months later, they reconciled and even got engaged in 2015. They split again ending their engagement but got back together in three months. In May 2016, they announced they have separated again only to rekindle again in September of that year. They put an end to their relationship once for the last time in March 2019 and were still friends.

After Evan broke up with Emma, he began dating singer and songwriter Halsey. They broke up in March 2020.

Apart from these, Evan has dated many women. His previous encounters include actress and singer Lucy Hale, model and singer Pixie Geldof, actress Lindsay Lohan, and actress Alexandra Breckenridge, who was his American Horror Story co-star.

Evan made his acting debut with the film Clipping Adam, where he played the role of Adam Sheppard. That same year, he landed a recurring role in the TV series The Days, which led to other major roles in both films and TV shows. The former role earned him the award for Best Breakthrough Performance at the Phoenix Film Festival.

His major success came after he was cast in the FX anthology series American Horror Story. In the first season, he played the role of a teenager named Tate Langdon and played Kit Walker, a man wrongly accused of killing his wife in the second season. For his performance as Kit, Evan earned a nomination for the Satellite Award for Best Supporting Actor. After the success of the first two seasons, Evan eventually became a household name and was subsequently cast in other parts of American Horry Story as well. His role in the series brought in so much fame that he became one of the most sought-after actors in the industry. As a result, his net worth soared quickly making him one of the richest Hollywood actors.

Being regarded as a versatile actor, Evan Peters has managed to amass a net worth of about $4 million dollars. The actor is most famously known for his roles in American Horror Story. Evan has won several accolades throughout his career, including a Primetime Emmy for his work on Mare of Easttown.

He was raised in Grand Blanc, Michigan and St. Louis, Missouri.

He was just 17 years old when he won his first acting role in the indie film Clipping Adam.

Even came to public attention after landing the role of Tate Langdon on American Horror Story. He later portayed different characters in the subsequent seasons of the series.

He is fond of tattoos and inked the word “Mom” in all capital letters on his left bicep and a small, red “thumbs up” sign on the outside of his right hand.

Evan once got the opportunity to act with Jennifer Lawrence when he auditioned for the role of Peeta in the Hunger Games.

He has both ears pierced.