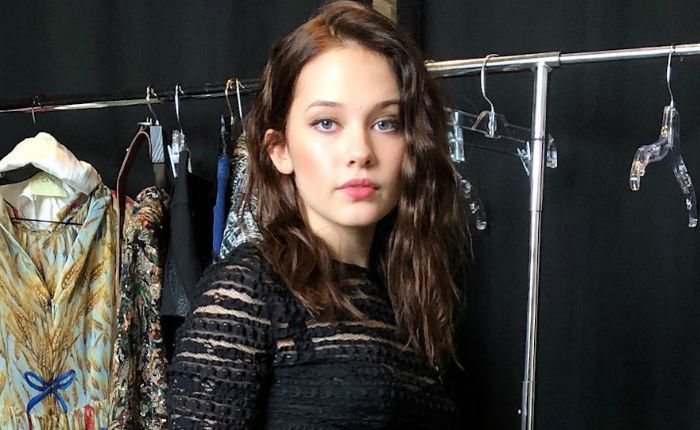 Cailee Spaeny is an American actress and singer who made her mark in Hollywood with Steven S. DeKnight’s science fiction monster film ‘Pacific Rim Uprising’ in 2018. Her debut single ‘Fallin’ was released to iTunes in 2016. She has appeared in movies like ‘The Shoes’ (2018), ‘On the Basis of Sex’ (2018), and ‘Vice’ (2018).

Cailee Spaeny was born on the 24th of July 1997, in Springfield, Missouri, United States of America. She is currently 24 years old.

Cailee has not really unveiled much about her family members and background, and thus, we do not know much about her parents. Her father is Mark Spaeny while her mother’s name is unknown. She has nine siblings including his sister Caisha. Her parental grandparents are Donald Kenneth Spaeny and Alberta Jean Humphrey, and her maternal grandparents are Willis Adley Burchett and Maudie Beatrice “Bea” Cardwell, respectively.

Though, we know nothing about her formal education, other than that she studied acting at the Springfield Little Theater in Springfield, Missouri.

Cailee Spaeny hasn’t disclosed anything about her private life.

In 2018, Cailee landed the role of Lyndon in the FX drama television miniseries ‘Devs’, which is set to premiere in 2019.

She released her first single ‘Fallin’ to iTunes in July 2016. She has also contributed to the soundtrack of the film ‘The Shoes’ in 2018.

Her performance as Amara Narmai in Steven S. DeKnight’s science fiction monster film ‘Pacific Rim Uprising’ in 2018, is one of the best works in her career.

Information about her net worth and salary is unavailable.

She started her acting career by appearing in plays in the Springfield Little Theater.

In 2013, she played the lead role of Ariel in the production Disney’s Little Mermaid Jr.

In 2021, she starred in the movie How It Ends and the miniseries Mare of Easttown.