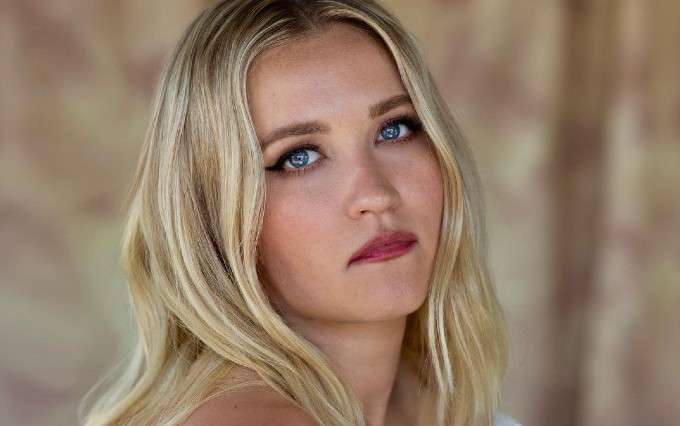 Emily Osment is an LA-based actress and singer-songwriter, who came into the limelight after her appearance in the Spy Kids franchise and later on Disney’s Hannah Montana series. She has been in the spotlight since she was a child. She launched her acting career back in 1999 at the age of 7 years old when she starred in the movie titled The Secret Life of Girls, followed by a minor role in the Hallmark movie Sarah, Plain and Tall: Winter’s End the same year.

Since then, the actress has appeared in a number of movies and TV shows, some of her notable appearances include The Haunting Hour: Don’t Think About It, Dadnapped, Young & Hungry, The Kominsky Method, and Pretty Smart. Dubbed as a singer, she released her debut album Fight or Flight in 2010. She has also issued extended plays, All the Right Wrongs and When I Loved You.

She has Irish, English, German, Austrian, Scottish, and French ancestry.

Emily Osment is the youngest of two children to Michael Eugene Osment and Theresa Osment (née Seifert). Her father is a well-known actor during his time, who has starred in popular movies and TV shows like Soccer Mom, among others. Her mother was an English teacher. She has an older brother named Haley Joel Osment, who is also an actor best known for The Sixth Sense.

Emily first studied at Flintridge Preparatory School and then transferred to Laurel Springs School. After which, she enrolled at Occidental College and graduated in 2015.

Emily Osment has been in several relationships throughout the course of her career. She’s currently involved in a romantic relationship with Jim Gilbert, whom she has been dating since 2016.

Her past relationships include actor Cody Linley, whom she dated between 2005 and 2007. She was then romantically involved with her Hannah Montana co-stars Mitchel Musso for two years, ending their relationship in 2009. In 2010, she briefly dated actor Tony Oller before eyeing actor Nathan Keyes. The two were together for a few months before calling it quits in 2014. Not long after her split with Nathan, she got hooked up with actor and comedian Jimmy Tatro. Beginning their relationship in 2015, it didn’t last long as the couple announced their split in March 2015.

Thanks to her actor father, Emily Osment was able to make her entry into the showbiz at a very young age. Starting off as a child actor, she appeared in several commercials and prints ads, before she made her silver screen debut in 1999 in the film The Secret Life of Girls, starring Eugene Levy and Linda Hamilton. That same year, she was nominated for Young Artist Award for her role as Cassie Witting in the Hallmark Classic television film Sarah, Plain and Tall: Winter’s End.

In 2002, she was cast in the movie Spy Kids 2: The Island of Lost Dreams, starring Antonio Banderas, Carla Gugino, Alexa Vega. Her portrayal of Gerti Giggles in the film earned her the Young Artist Award for Best Performance in a Feature Film. The following year, she appeared in the movie Spy Kids 3-D: Game Over, reprising her role as Gerti. She found a lot of success with these two films that eventually put her in the limelight.

She continued her success with the Hannah Montana series, Family Guy, Young & Hungry, The Kominsky Method, and Almost Family, among many others. Most recently, she was cast in the critically acclaimed Netflix series Pretty Smart, starring Gregg Sulkin, Olivia Macklin, Cinthya Carmona, and Michael Hsu Rosen.

On the musical front, she has recorded songs for the soundtrack of films and TV series she had starred in. Aside from that, Emily has also released her own work, including her EP titled All the Right Wrongs in 2009, followed by her studio album Fight or Fight in 2010 and another EP When I Loved You in 2019.

All her compelling works in both films and television have helped Emily to build a net worth of $3 million. Her impressive wealth is due to the continued success she has had in the show business.

She burst onto the show business at the age of 5 by appearing in commercials and print ads.

In 2010, she won a Teen Choice Award in the category of Choice TV Sidekick.

She won a Prism Award in 2012 and the following year, she won a Canadian Screen Award for her work in Cyberbully..

Her hobbies include soccer, golf, and snowboarding.

She is good friends with Miley Cyrus and Demi Lovato.

She has a striking resemblance to Carrie Underwood, which is often discussed on the internet.

In 2021, she was cast in the lead role of Chelsea, Claire’s sister and aspiring novelist in the Netflix series, Pretty Smart.