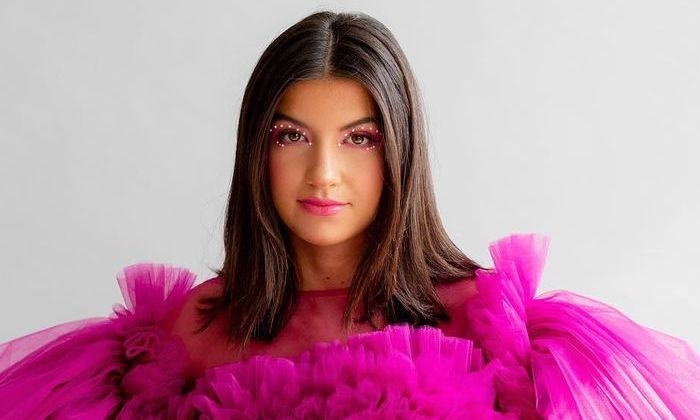 Ellie Zeiler is an American social media sensation and viral content creator, who achieved a tremendous amount of popularity in a short span of time thanks to Charli D’Amelio’s comment on one of her TikTok videos. Her striking resemblance to fellow TikTok sensation Charli has made her an overnight internet sensation. She has since attracted an audience of over 11 million fans to her @elliezeiler TikTok account. Her handle mostly features short yet captivating lip-sync videos to the likes of popular songs and dance videos. In addition, she has amassed over a million Instagram followers.

Let’s get into some of the basic details about Ellie Zeiler. She was born on the 6th of March 2004, in San Diego, California, to American parents Rick and Sarah Zeiler. She has spent her whole life in her hometown, being raised alongside her two younger brothers, Ben and William, where she’s attending Del Norte High School. Apparently, she’s still in high school.

She’s of Jewish descent and also the captain of the Youth Action Movement, a Jewish youth group in San Diego.

Moving on to relationships and breakups, Ellie is quite enjoying her single life, and it seems that she has not met her man yet. It is quite early to conclude as she has just stepped into the internet world and the chances of her having a boyfriend are slim at best. In case she has a boyfriend, it appears that she has no plans to reveal the identity of her boyfriend to fans yet.

Ellie Zeiler joined TikTok, a popular Gen Z app, in 2019, however, she wasn’t regularly uploading videos until March 2020. As she started to gain popularity, dancer, and social media sensation, Charli D’Amelio commented on one of her videos saying that they both have a striking facial resemblance.

Apparently, the comment went viral, eventually putting Ellie in the spotlight. She became an internet sensation instantly, garnering a huge fan following, amounting to over 11 million TikTok followers. Her videos range from lip-syncs to dance to cooking videos. On Instagram, she has over 1.8 million followers.

She played basketball and golf at school.

She’s obsessed with makeup and hopes to have her own makeup line someday.

Apart from considering her mother as her role model, she really looks up to English actress Millie Bobby Brown. She finds it so uplifting how she handled fame at such a young age.