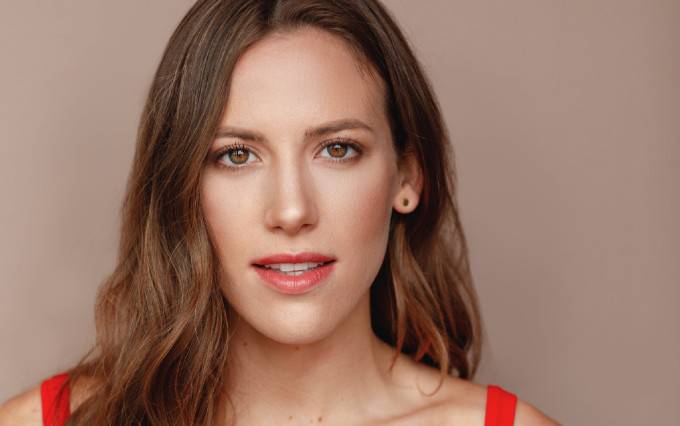 Of Italian and French descent, Christine Penn is an American actress. She became known to the world for her role as Mia in Sometimes I Dream of Wandering. It is her first major production, in which she shared her screen space with actors Ariel Mortman, Johanna Liauw, Garrett Schulte, and Ariana Mahallati. She has also acted in short films like Another Place and Balloon.

She’s of Italian and French descent.

Very little is known about her parents or her siblings. She has a sister named Cali. She attended community college at the age of 11 and graduated from there at 15. After graduating high school, she attended California State University, Long Beach, from which she earned her bachelor’s degree in business marketing in 2015.

In 2020, she earned her master’s in acting from the University of California San Diego (UCSD).

Christine Penn has been in a relationship with actor and Sometimes I Dream of Wandering co-star Garrett Schulte since 2018. In August 2019, she shared a post featuring a bunch of pictures of them being together, celebrating their first year love anniversary, on Instagram. She headlined in the short film titled UBIQUITY which was helmed by Schulte besides starring in.

She began her professional acting career with the short film Balloon, in which she worked as an art department assistant. Around the same time, she played the leading lady in the short film UBIQUITY, directed by her boyfriend Garrett Schulte.

She landed her first major role in the film Sometimes I Dream of Wandering as Mia, playing alongside Ariel Mortman, Johanna Liauw, Garrett Schulte, and Ariana Mahallati.

She took dance lessons at a young age and is well trained in ballet, jazz, and modern.

She worked as a bartender in New York City before her acting career took up.

Penn is a certified yoga instructor and scuba driver. She can play the guitar.

While she was in her final year at UCSD, she directed a short film titled The Bitter Tears of Petra von Kant. But unfortunately, due to COVID-19, the film was never screened.

She attended many acting workshops during her time at UCSD. With all the knowledge she gained from workshops, she wrote a playwright named Slightly Psycho.

When not in front of the camera, she can be seen spending her time surfing and snowboarding.

She is fluent in English (British and American accent), French, and Italian.

She has appeared in the Kit Kat commercial.