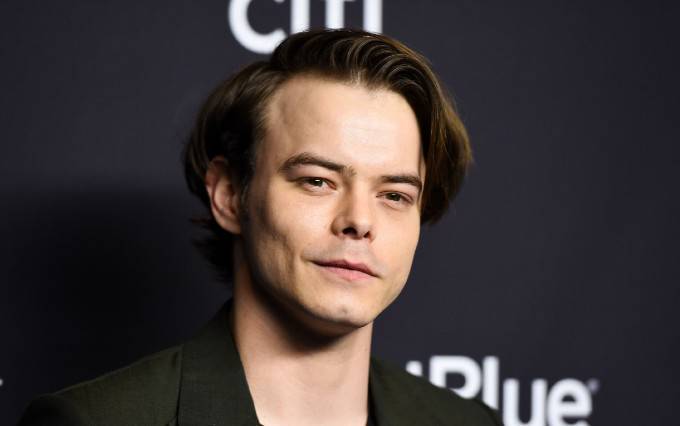 Charlie Heaton is an English actor who shot to prominence after playing the role of Jonathan Byers in the Netflix series Stranger Things. He is also best recognized for his work in films such as The New Mutants, Shut In, and As You Are. Heaton began his career as a model before transitioning to acting. His first acting role was in the British television series DCI Banks in 2015 and that same year, he appeared in the movie Rise of the Footsoldier Part II, playing a small-time role. He has also appeared in music videos for the bands The 1975 and Bastille. Apart from his professional endeavors, fans are curious to know about his personal side which he had kept off the radar and here’s everything you need to know about his early life, his parents, why he choose acting, and whom is he dating right now.

He has a sister named Levi Heaton.

Charlie Heaton is currently in a relationship with actress Natalia Dyer, her co-star from Stranger Things who plays Nancy Wheeler. The couple has been together since 2017.

He was previously romantically linked to Akiko Matsuura, a former bandmate, with whom he has a son named Archie (b. 2014).

Charlie Heaton started off his career as a musician working with bands like Comanechi and Half Loon when he was a teenager. During that time, he even released an album with the former band and toured with them as well. He worked as an extra simultaneously to provide for himself as well as to fuel his ambitious music career, but later on, he shifted his focus towards acting and earned his first acting credits in 2015 when he played Gary McCready in the ITV crime drama series DCI Banks.

Heaton’s acting career really took off in 2016 when he secured the role of Jonathan Byers in the Netflix series Stranger Things. Stranger Things is one of the most popular series that is loved by millions of people across the world, which already finished airing 4 seasons and the fifth and final season is all set to premiere this year. Starring alongside the likes of actors like Winona Ryder, Finn Wolfhard, Millie Bobby Brown, Caleb McLaughlin, Natalia Dyer, Cara Buono, Noah Schnapp, and Sadie Sink, Heaton earned him critical acclaim and he won a Screen Actors Guild Award for Outstanding Performance by an Ensemble in a Drama Series in 2017. Thanks to the popularity of the series, he became a household name, not only soaring his popularity but also his net worth.

Without a doubt, Charlie Heaton is one of the finest actors in Hollywood. He has accumulated a net worth of $4 million dollars over the course of his acting career, with most of his fortune coming from Stranger Things.

He had once worked as a bartender to support his musical ambitions.

Charlie Heaton was the drummer of a noise-rock band called Comanechi.

In October 2017, Heaton was detained at LAX Airport in Los Angeles, California for possession of small amounts of cocaine. Though he was not charged with a crime, he was sent back to London.

Heaton is is a huge fan of the Premier League club Arsenal F.C.

In 2020, he starred in the Marvel superhero movie The New Mutants, playing the role of Samuel Guthrie / Cannonball alongside Blu Hunt, Maisie Williams, Anya Taylor-Joy and Alice Braga.

In 2021, he co-starred with Honor Swinton Byrne, Ariane Labed and Richard Ayoade in the critically-acclaimed drama The Souvenir Part II, which is a sequel to The Souvenir (2019).

Charlie Heaton has quite a presence on social media, in particular Instagram, where he has over 6.3 million followers.

He has been featured on the covers and editorials of several magazines and publications, including GQ Hype.