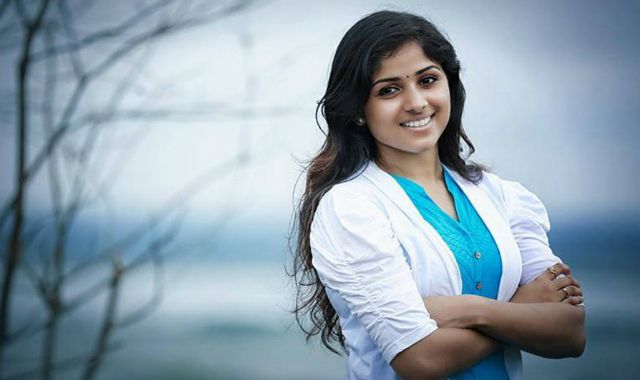 Chandini Sreedharan is an Indian actress who mainly appears in South Indian language movies. Having made her debut with the Tamil film ‘Ainthu Ainthu Ainthu’ in 2013, she has since appeared in movies such as ‘Chakkiligintha’, ‘KL 10 Patthu’, and ‘Darvinte Parinamam’.

Chandini Sreedharan was born on 16 December 1990, in Calicut, Kerala, India.

Her education background is unknown.

Now, this is the topic that most of you are probably looking forward to. Well, we are sorry to say that there is not a lot we have to share regarding the personal affairs of Chandini. She has tried to keep things away from the media to the best of her abilities. Moreover, Chandini is currently focusing on her career and has very little time for romance.

Chandini made her acting debut with the Tamil movie Ainthu Ainthu Ainthu, directed by Sasi. She played dual roles of Liyana / Payal alongside Bharath.

In 2011, she hosted the reality show Vivel active fair big break on Surya TV. The following year, she was cast in a daily opera Abhinethri on Surya TV.

She is famous for her roles in films like Ainthu Ainthu Ainthu, Comrade In America (CIA) and Srikanta as well as her television appearance.

She rose to fame following her appearance in a reality television show leading her to venture into movies.