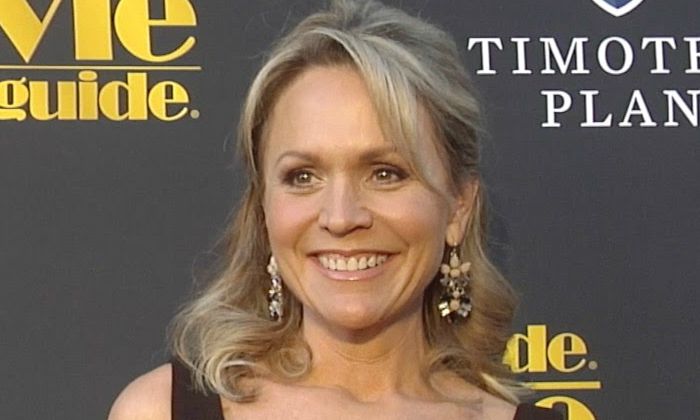 Barbara Alyn Woods is an American actress who has achieved immense success in the entertainment industry in her incredible career of over three decades. She captured the spotlight with the role of Diane Szalinski in the television series Honey, I Shrunk the Kids, which is based on the 1989 film of the same name. In 2003, she landed the main role of Deborah “Deb” Scott on The WB drama series One Tree Hill, a character she played in a total of 106 episodes.

Besides that, she has also had guest spots on numerous television series, including Star Trek: The Next Generation, The Golden Girls, Picket Fences, Seinfeld, Murder, Dream On, Desperate Housewives and many more. Barbara’s film credits include Circuitry Man (1990), The Terror Within II (1991), Delusion (1991), Ghoulies IV (1994), and Frankie Starlight (1995), among many others.

Barbara Alyn Woods was born on the 11th of March 1962 in Chicago, Illinois, United States of America. She is currently 60 years old.

There’s no to very little information regarding her family and her early life at the moment. She hasn’t shared a lot about her personal matters to the media, especially the details about her parents and their professions.

She was educated at the Woods attended Hinsdale South High School in Darien, Illinois, where she was a cheerleader. Woods later graduated from Northern Illinois University, located in DeKalb, Illinois.

Barbara Alyn Woods married John Lind, a director and film producer, in 1999. She met her husband on the set of their TV Series Honey, I Shrunk the Kids: The TV Show in 1997 and soon started each other. She has three daughters with her husband, Natalie, Emily, and Alyvia, who are also actresses.

Barbara made her acting debut with the 1990 post-apocalyptic science fiction film, Circuitry Man. She played the role of Yoyo in the film starring Jim Metzler, Dana Wheeler-Nicholson, and Vernon Wells.

In 1998, Barbara landed a guest-starring role on ABC’s crime mystery series Sable as Cheri on an episode titled “Mob”.

Barbara Alyn Woods has earned a lot of fame and recognition through her appearances in both television and films. Her portrayal of Diane Szalinski in the television series Honey, I Shrunk the Kids is her first breakthrough role which brought in her a lot of fame. That eventually led to other several roles.

In 2003, she began playing the role of Deborah “Deb” Scott in The WB drama series One Tree Hill. This role cultivated a cult following for her as well as for the series. Her character received a lot of praise from critics as well as from audiences and made her a household name.

Concerning Barbara’s net worth, she has an estimated net worth of $2 million. That includes earnings from film and television appearances and other public appearances.

The ever-gorgeous Barbara who was an established actress well before the social media times has managed to build a decent fanbase on different social media platforms. She is quite active on Instagram, where she’s got over 85,000 on her @barbiealynwoods account.

She can be found on Twitter with the same name and has over 45,000 people following her on it.

She’s obsessed with acting from a very young age.

She would have been an English teacher if she weren’t an actress.

Barbara’s early works include performing at the Victory Gardens Theater in Chicago.

She appeared on the cover of Playboy in June 1993 as well as starred as Eve Sinclair on Eden, which aired on Playboy Television.

She was nominated for Cameo Performance for her role in the play, “Mr. 80%”, at the 1986 Joseph Jefferson Awards.