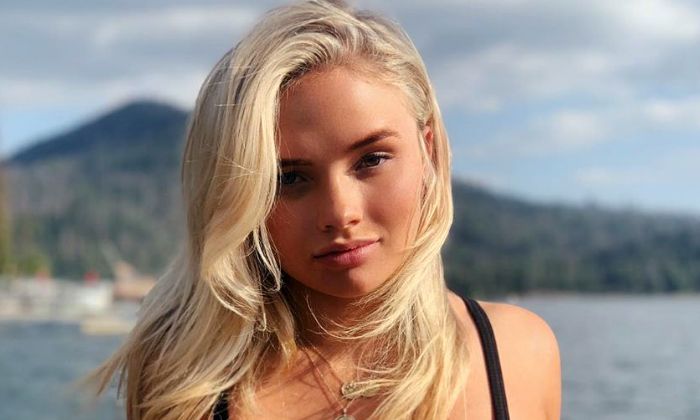 Natalie Alyn Lind is an American actress who caught the spotlight for her recurring role as Dana Caldwell in the ABC period sitcom The Goldbergs, and as Silver St. Cloud in Gotham. In 2017, she landed the main role of Lauren Strucker in the Fox superhero series The Gifted and was a part of the series until 2019. Natalie played Ashley Rose Pruitt on season 2 of the thriller web television anthology series Tell Me A Story. Her film credits include parts in Blood Done Sign My Name (2010), Kaboom (2010), and Mockingbird (2014).

Natalie Alyn Lind was born on the 21st of June 1999, in the United States of America. She is currently 23 years old.

Natalie Alyn Lind is the oldest of three children of actress Barbara Alyn Woods and producer John Lind. She has two younger sisters, Alyvia Alyn Lind and Emily Alyn Lind, who are also actresses. She followed in her parent’s footsteps to become an actress. Her parents, who are already popular in the show business themselves, allowed their daughters to choose their career paths on their own.

There’s very little information regarding her formal education. She pursued acting at the tender age of four, and thus, she didn’t go to regular school but rather completed her education through homeschooling.

Natalie doesn’t talk much about her romantic aspect of life to the media and prefers to stay under the radar. Though her current relationship status is still hazy, she was romantically linked up with actor Aramis Knight in the past. They dated for over two years between 2015 and 2017 and the reason for their split is unknown.

Natalie Alyn Lind made her feature film debut with Jeb Stuart’s drama film called Blood Done Sign My Name in 2010. She played the role of Boo Tyson in the film adaptation of historian Timothy Tyson’s novel of the same name.

In 2006, she guest appeared on The WB drama series One Tree Hill, where she played the role of Alicia in an episode titled “All These Things I’ve Done” alongside her mother.

Natalie Alyn Lind has starred in numerous television series as well as in a handful of films so far in her budding acting career. However, her portrayal of Dana Caldwell in the ABC period sitcom TV series The Goldbergs from 2013 to 2019 brought in her a lot of fame and accolades. That role apparently established her as an actress in the industry.

Besides that, she also had even more popular roles, including villain Silver St. Cloud, one of her favorite roles, in the Fox gritty crime drama Gotham in 2016 and as Lauren Strucker on Fox’s superhero television series Gifted from 2017 to 2019. In addition, she was also cast as Mavis on the TV fantasy mystery-drama series Daybreak.

Just like many other stars in the show business, Natalie Alyn Lind has managed to build a strong social following. Among social media platforms, Instagram is her favorite, where she’s got over 540,000 followers. On Twitter, she has over 53,000 followers on her @nataliealynlind account.

Lind has achieved a lot of success so far in her career thanks to her incredible onscreen persona and to those remarkable roles. Natalie Alyn Lind’s net worth, as of 2023, is estimated to be around $3 million. She lives with her family in Los Angeles, California.

She was just 4 years old when she booked for a guest-starring role alongside her mother.

She is a big fan of Angelina Jolie and her biggest wish is to act with her in her movies.

Natalie was initially picked up for a guest spot in The Goldbergs but the showrunners later made her character regular.

In 2019, she played the role of Ashley in the second season of the CBS All Access drama series, Tell Me a Story.

Natalie has done a lot of dark roles than the usual characters.

In 2020, Lind starred in the ABC sitcom Big Sky, playing the role of Danielle Sullivan, a kidnapped victim.