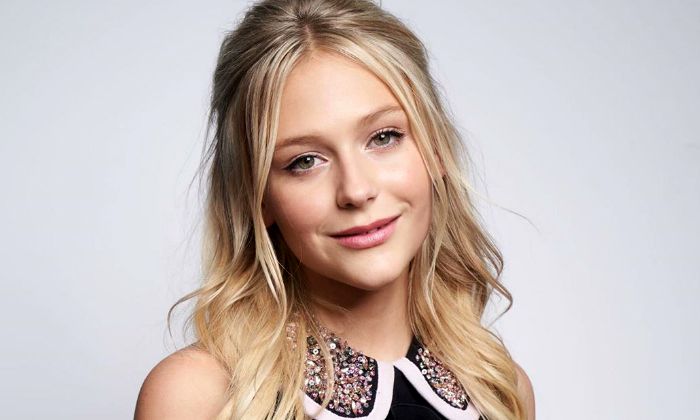 Alyvia Alyn Lind is an American actress who is probably known for her recurring role as Faith Newman on the CBS daytime soap opera The Young and the Restless. Coming from a family of actors, she began acting at a very young age of three with the aforementioned television series and since then she has appeared in a handful of films and television series.

She also had recurring roles in TV series such as Revenge, See Dad Run, Transparent, and Future Man. In 2019, she was cast in the role of Angelica Green in Netflix’s Daybreak and Autumn Snyder in the Netflix original Walk. Ride. Rodeo, among other notable roles she portrayed so far in her career.

Alyvia Alyn Lind was born on the 27th of July 2007, in North Carolina, United States of America. She is currently 14 years old.

Alyvia Alyn Lind is the youngest of three daughters of actress Barbara Alyn Woods and producer John Lind. She has two older sisters, Natalie Alyn Lind and Emily Alyn Lind, who are also actresses. It’s no surprise that she followed in the footsteps of her mother as well as her sisters as she grew up watching them acting.

She used to accompany her mother and her sisters to the sets of the projects they are roped in and she eventually decided to become an actress. Her parents, who are already popular in the show business themselves, allowed their daughters to choose their career paths on their own.

Alyvia’s maternal grandparents are Allen Woods and Patricia. She is of Scandinavian and English descent.

She has already achieved great success as a child artist in the show business, and it is inevitable, people are curious about the romantic aspect of her life. Apparently, she is too young for a relationship and is currently focusing on her education career.

Alyvia Alyn Lind launched her acting career at the tender age of three in 2011 when she was picked up to play the role of Faith Newman in the CBS daytime soap opera The Young and the Restless. Since then, she has appeared in more than 175 episodes that eventually led to other child roles in television series such as See Dad Run as Charlotte and in the TV series Revenge as Yong Amanda.

Alyvia Alyn Lind landed her first acting role in a minor role as a young daughter in the 2013 horror film Dark Skies.

Through all her acting credits, Alyvia Alyn Lind has earned a lot of fame and recognition in the entertainment industry. Some of her notable acting works include Revenge, See Dad Run, Future Man, Daybreak, Overboard, and Mockingbird.

She was raised in Los Angeles, California, along with her two sisters.

It was her mother who actually inspired her to choose acting as her career.

In 2016, Alyvia was cast in the Amazon original movie “An American Girl Story – Maryellen 1955: Extraordinary Christmas” playing the lead character, a young girl who sets her mind to helping children with polio.

She has a pet Maltipoo named Georgie.

She has received a Movie Guild Award for Best Supporting Actress, as well as a Young Entertainment Award and a Young Artist Award so far in her career.

Alyvia also received nominations for the Critic’s Choice TV Award and an Emmy for her stellar performance in the television series Dolly Parton’s Coat of Many Colors.