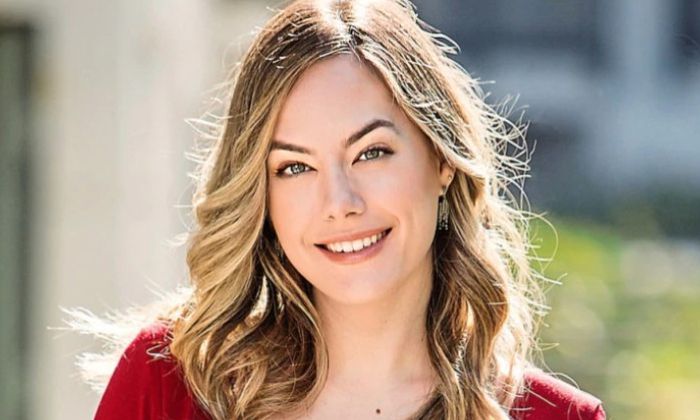 Annika Noelle is an American actress, probably best known to the world for her starring role as Hope Logan on The Bold and the Beautiful. She joined the cast of The Bold and the Beautiful in 2018 and has since transformed into a popular face on television. She is also known for playing “Abbi” on Chasing Life and for her role as Sami Nelson in the TV series, Venice the series, co-starring Crystal Chappell and Jessica Leccia. Her other acting credits include True to the Game, Evan’s Crime, Bree Does Comedy, Jersey Boys, and Love’s Christmas Journey.

Annika Noelle was born and raised in Boston, Massachusetts, by her American parents, William Henry Kucheman and Teri Lynn Groome. She’s a proud Boston girl and has a sister named Krista.

From an early age, she wanted to become an actress as she got fascinated by the craft when she was young. Prior to moving on to mainstream cinema, she spent years on stage at the Geffen Playhouse and the Kennedy Center. Her early exposure to stage acting helped her a lot to grow as an artist as well as to deliver jaw-dropping performances.

She studied film and theatre at the UCLA School of Theater, Film, and Television in Los Angeles, California.

Talking about her romantic aspect of life, Annika has been in a long-term relationship with her boyfriend named Zach Fisher. Apart from that, there’s not much to share regarding Zach at the moment.

Annika started her professional acting career back in 2010 with several short film appearances and it took almost a year for her to get her first break. In 2011, she was cast as Sami Nelson in the TV series, Venice the Series. She nailed it with her performance

Shortly thereafter, she landed her first major feature film role on Jersey Boys, starring alongside John Lloyd Young, Erich Bergen, and Michael Lomenda. Annika followed that up with a series of roles in a variety of TV series and films such as Love’s Christmas Journey, Chasing Life, True to the Game, Evan’s Crime, and Bree Does Comedy.

Annika is currently a series regular as a young mother Hope Logan on The Bold and the Beautiful opposite Matthew Atkinson, Kiara Barnes, Katrina Bowden, and Delon de Metz. The series is arguably one of the most popular and long-running soap operas in the United States.

The Boston native has only had her presence on the photo-sharing app, Instagram, where she has around 100 thousand followers.

She appeared on the Geico Insurance TV commercial.

In 2020, Annika received her first Emmy nomination in the category of Outstanding Supporting Actress in a Daytime Drama Series for her extraordinary performance on The Bold and the Beautiful.