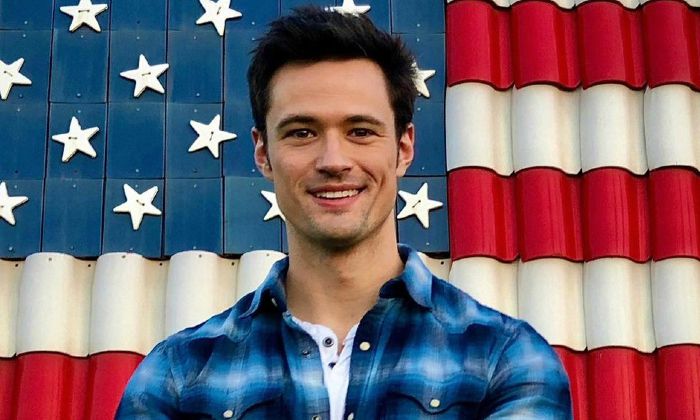 Matthew Atkinson is an American actor and musician from Marietta, Georgia. He may be best known for his recurring cast as Zach in the NBC family drama series Parenthood and for portraying Austin Travers in CBS’s hit series The Young and the Restless. Since 2019, he has been a part of the CBS’ popular series The Bold and the Beautiful, in which he plays the role of Thomas Forrester.

Talking about Matthew’s family and childhood, he hasn’t divulged much about his parents, siblings, and education. Upon digging out for more information about his childhood, we have only found that his family moved around various places like Alabama and Mississippi and later settled in Kennesaw.

It appears that he attended different schools around the places the family moved in and played baseball for the most part of his early life. It is not known whether he went to college or not but he started to pursue acting while in Atlanta after which he moved to Los Angeles for better opportunities.

Speaking of, not much is known about Matthew’s life prior to his rise to fame. He is usually not vocal about his private life, and it seems, he is very cautious in keeping that aspect of his life away from the public eye. Nevertheless, we have found out some tidbits about the romantic part of his life. He has been dating fellow actress and his “Inspired to Kill” co-star Karissa Lee Staples since 2017.

Matthew Atkinson had very humble beginnings, started off with minor roles in both films and television. He first came into the limelight when he was a part of the Academy Award-winning film The Blind Side (2009).

In 2012, he joined the cast of Jane by Design, co-starring Erica Dasher, Nick Roux, David Clayton Rogers, and Meagan Tandy. He brought the character, Nick Fadden, to life, the first major role that helped him carve a niche for himself on television.

Matthew followed that up with major roles in TV series like Parenthood and The Young and the Restless. Most recently, he was cast as Thomas Forrester on The Bold and the Beautiful, one of the long-running TV shows in the United States. He co-stars along with the likes of Kim Matula, Katrina Bowden, Kiara Barnes, Jennifer Gareis, Darin Brooks, and Scott Clifton.

Since launching his career, Matthew Atkinson has become quite popular on television, thanks to Parenthood and The Young and the Restless. He must be enjoying quite a wealth, which has not been revealed to the media as of yet. However, according to some sources, his net worth is estimated to be somewhere between $1 million and $2 million dollars.

Matthew is an accomplished baseball player but the showrunners of Jane by Designer had no clue about it when they chose him for the role of baseball star, Nick Fadden.

He ran the Big Sur, Chicago, and Atlanta Marathons.

He plays the guitar.