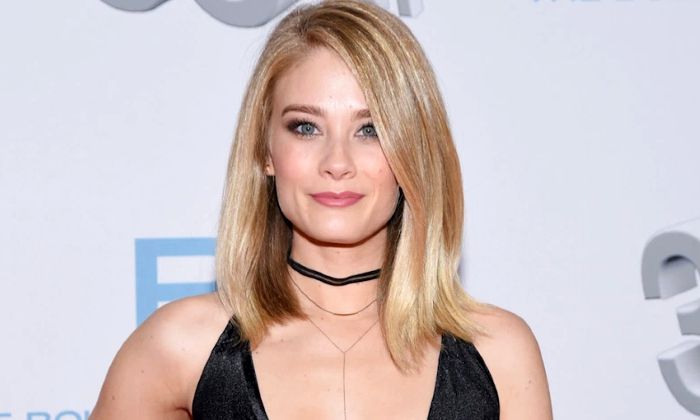 Kim Matula is a well-known film and television actress from Fort Worth, Texas, who’s perhaps best known to the world for CBS daytime soap opera The Bold and the Beautiful, in which she played the role of Hope Logan. She played Tiffany in the second season of Lifetime drama series UnReal (2016) and Ronnie in the Fox comedy series LA to Vegas (2018). In addition to her prominent television roles, she was also seen in the films such as Dawn Patrol, Maybe Someday, and Fighting with My Family.

Kim Matula is the only daughter of David and Karin Matula. Her gorgeous looks are due to her parents’ diverse heritage – Sudeten German, English, Norwegian, French-Canadian, and Czech ancestry, something which she is always proud of.

Speaking of, she was hooked by the acting bug at a very early age. After high school, she got admitted to the University of Texas in Arlington and took film and theatre as her major but she dropped out soon after she got her big break in the entertainment industry. She then moved to Los Angeles, California, hoping to become a star in Hollywood.

Kim Matula hasn’t shared a lot in regards to her personal life, as of now, and she is good at keeping things related to her private life away from the public eye. However, based on her social media, she might be dating singer and multi-instrumentalist Ben Goldberg. It seems that they have been in a relationship for a long time, which is evident from her Instagram posts.

Kim kick-started her career while she was still in her teens when she landed her first role in the 2006 film Savage Spirit. Two years later, she was chosen to be a part of the Lifetime movie Queen Sized and had a guest appearance in the TV series How I Met Your Mother.

In 2010, she first landed her major acting role as Hope Logan in the CBS daytime soap opera The Bold and the Beautiful. She was a part of the series from 2010 until 2014 and won her first Emmy nomination in 2014 but she wasn’t lucky enough to win the award. On the heels of the success of her role on The Bold and the Beautiful, she has become extremely popular among the television audiences that has transformed herself into a prominent face on the television screens.

Thanks to her various professional endeavors, she has managed to gain a net worth of whopping $2 million dollars. She’s one of the most successful actresses on television that makes her an admirable role model for people all over the world.