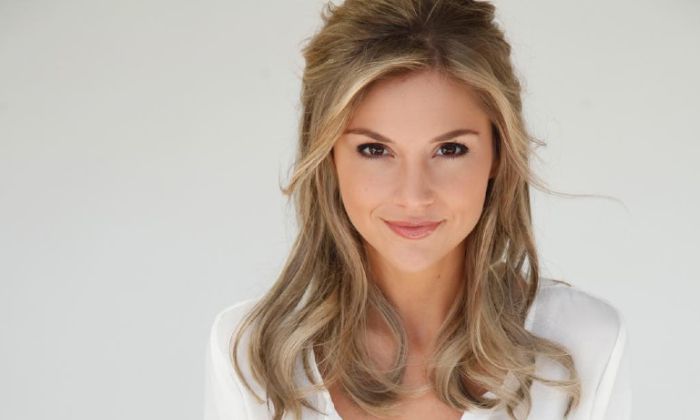 Karissa Lee Staples is an American actress who reached prominence for her roles as Paloma Madsen on Necessary Roughness, portraying Victoria Jagger in the Gemini nominated sitcom What’s Up Warthogs and as Perry Sommers on The Lottery. Apart from those stellar roles, she also played Sarah Dinsey in the Hulu comedy series Everyone is Doing Great and Bonnie in the CBS drama S.W.A.T. She has over 22 thousand followers on Instagram.

Karissa Lee Staples is the only daughter of Diane Staples and Wayne Staples. She grew up in Biddeford, Maine, where she did her schooling. While in high school, she started performing in local community theatre as well as in school productions.

Besides acting, Karissa was also actively involved in modeling and competed in beauty pageants. She won several titles at local and national-level beauty contests.

A week before her high school graduation in 2006, Karissa represented her home state at the Miss America beauty pageant and was crowned Miss Maine.

She participated in the beauty pageant the following year as well which earned her a full scholarship for college. But it is not known whether she attended college or not. She later moved to New York City to pursue acting.

Concerning her personal life, Karissa Lee Staples has been in a relationship with Matthew Atkinson, an actor and her co-star from Inspired to Kill since 2017.

Karissa aspired to become an actress ever since her childhood years. Her amateur acting career at the age of 14 started when she performed in local community theaters, and she even starred in some professional productions.

Karissa’s dream to become an actress came true in 2009 when she booked the role of Camille in the 2009 feature film Red Hook. Her next major acting gig came three years later with the Gemini-nominated sitcom What’s Up Warthogs, in which she portrayed her character as Victoria Jagger.

Over the years, she has appeared in various films and TV shows such as Necessary Roughness, Dimension 404, The Lottery, S.W.A.T., Psycho Stripper, and Everyone Is Doing Great, among many others.

Thanks to her professional endeavors, the beautiful actress has quite a presence online. She’s got over 30 thousand Instagram followers, in addition to thousands of followers on Twitter and Facebook, respectively.

Karissa became the youngest contestant to compete in the 2007 Miss America Pageant where she was crowned Miss Maine.