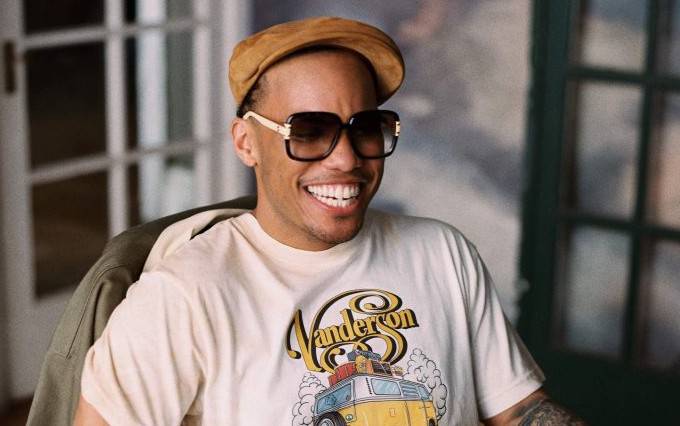 Anderson Paak is an American Hip-hop/R&B singer, rapper and record producer who is probably best recognized for his albums Venice (2014), Malibu (2016), Oxnard (2018), and Ventura (2019). He first caught the attention in 2014 when he collaborated with Dr. Dre for his 2015 album Compton, in which Paak recorded a total of six songs. That same year, Paak released his debut album Venice and followed up with his second album Malibyin 2016. Ventura became his first successful album which peaked at numbe 4 on the US Billboard. Apart from his solo career, he’s also a part of the band called NxWorries, a duo band composed of Paak and record producer Knxwledge. He is also one-half of the duo known as Silk Sonic and the other being singer-songwriter Bruno Mars. As a part of the duo Silk Sonic, An Evening with Silk Sonic arrived on November 12, 2021, with the lead single Leave the Door Open, which became Paak’s first song to top the Billboard Hot 100 chart. The song received four Grammy nominations in 2022. The exuberant rapper has accrued more than 3.2 million followers on Instagram.

Anderson was born to a South Korean mother and an American father. His mother was born in South Korea and became an orphan during the Korean War. She was adopted by an African-American family in Compton, CA. His father worked in the Air Force. He has a younger sister.

He studied at Foothill Technology High School in Ventura, California.

Anderson Paak has been married to Jaylyn aka Jae Lin, a music student from South Korea since 2011. The pair welcomed their first son named Soul Rasheed in 2011. Their second son, Shine, was born in 2017.

Anderson learned music as a teenager and played drums as a part of his Church band. He briefly worked as a music teacher at Musicians Institue where he met his wife Jae Lin. He was homeless for a brief period after he was terminated from his job at a marijuana farm in Santa Barbara.

He released his debut album Venice in 2014 and gained fame with Dr. Dre’s 2015 album Compton, where he contributed six songs. He gained even more popularity with his second album, Maibu, which was released on January 15, 2016. Featuring contributions from 9th Wonder, Rapsody, and Kaytranada, the album debuted at number nine on the Billboard R&B/hip-hop chart. Malibu was nominated for a Grammy in the category of Best Urban Contemporary Album.

Paal dropped his third album Oxnard on November 16, 2018, and came up with a follow-up album Ventura, on April 12, 2019, featuring artists such as André 3000, Smokey Robinson, and Brandy. He and fellow singer singer-songwriter Bruno Mars formed a band called Silk Sonic n February 2021 and released the band’s debut album An Evening with Silk Sonic on November 12, 2021. Featuring hit singles like “Leave the Door Open”, “Skate”, and “Smokin out the Window”, the album topped the US Billboard R&B/Hip-Hop Albums and peaked at number 2 on the US Billboard 200 chart. The single ‘Leave the Door Open” topped the US Billboard Hot 100 and it was his first song to top any music chart.

He was raised in Oxnard, California.

He last saw his estranged father when he was 7 years old when he assulated his mother. His father was eventualy arrested and served a 14-year sentence before he died.

His previously stage name was Breezy Lovejoy, a name under which he released the album O.B.E. Vol.1.

Paak was a drummer for singer and songwriter Haley Reinhart, who finished 3rd on season 10 of American Idol.

His third album Oxnard (2018) featured artists including Kendrick Lamar, Pusha T, J. Cole, Q-Tip, and Snoop Dogg among others. The album was produced by Dr. Dre.

He contributed to a track titled Lock It Up from Eminem’s 11th studio album, Music to be Murdered By (2020).

He formed a music band called Silk Sonic along with singer Bruno Mars. Silk Sonic won the 2021 BET Award for “Best Group” and released their debut album An Evening with Silk Sonic in November 2021.

In 2021, he won the MTV Video Music Awards in the categories “Best R&B” and “Best Editing” for the single Leave the Door Open.