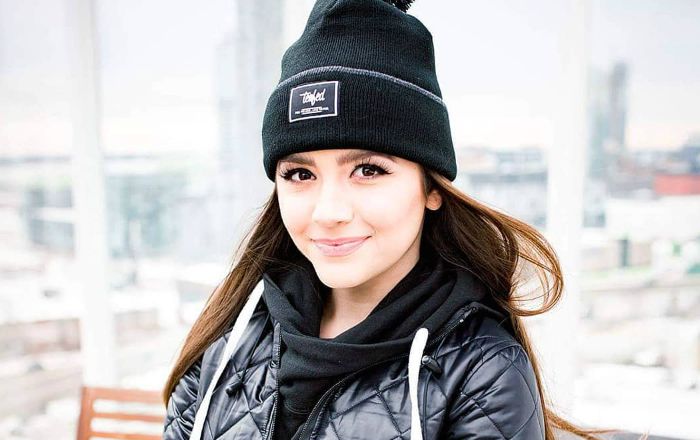 Canadian actress Ana Golja is well recognized for her role as Zoe Rivas on the popular teen series Degrassi: The Next Generation and Degrassi: Next Class. She played Ariana Berlin in the 2015 movie Full Out.

Ana Golja hasn’t revealed a lot about her family and her early life, except that she grew up with her older brother in the Streetsville neighborhood in Mississauga, Ontario. Her parents are of Albabiba origin with Spanish, Jewish, and Greek family roots. Furthermore, details about her education history are not known either.

Ana Golja has been dating Canadian actor Eric Osborne for five years now since 2013. She and Eric share a strong bonding but they prefer to keep their relationship away from the spotlight.

Prior, she was in a relationship with American actor Sterling Beaumon in 2011.

Ana had her break on the big screen with the Canadian movie En Vogue Christmas for her role as Amber.

The following year, she acted in the film Full Out: The Ariana Berlin Movie as Ariana Berlin, which earned her fame and rave reviews.

In 2005, Ana Golja had her first television role as Lucy in the TV criminal drama series 1-800-Missing.

Ana Golja released her debut EP titled Epilogue over the course of several weeks in November and December 2017.

She also recorded a soundtrack for the film, Full Out in 2015, in which she played the title character.

There is no information available right now when it comes to her salary and net worth.

She is very proficient in Albanian.

Ana is an accomplished dancer and knows various dance forms such as ballet, tap, jazz, hip-hop, Latin, and ballroom.

She has a pet dog, Coco.

Ana received a Canadian Screen Awards nomination for her role as Ariana Berlin, in the TV movie Full Out: The Ariana Berlin Movie.