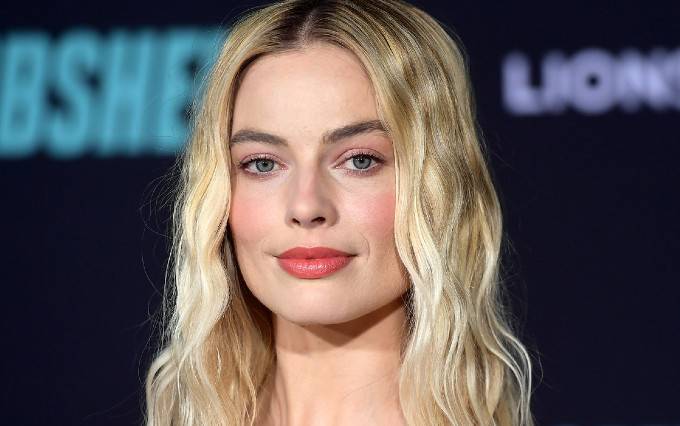 Margot Robbie is an Australian actress and producer, who caught the limelight for her portrayal in the Australian soap opera, Neighbours, a role that earned her two Logie Award Nominations. She wanted to pursue acting from her early years. She started off her acting career with minor roles in independent films.

After appearing in a few independent films and television series, she moved to the United States. In 2013, she landed one of the lead roles in the romantic comedy, About Time. Following that, she appeared in  Martin Scorsese’s The Wolf of Wall Street (2013) alongside Leonardo DiCaprio, which earned her fame and critical acclaim. Her increasing popularity amongst people led her to host the 42nd season premiere of ‘Saturday Night Live’, along with musical guest The Weeknd. She has been also the face of Calvin Klein’s women’s line of fragrances.

Margot Robbie was born on the 2nd of July 1990, in Dalby, Queensland, Australia. She is currently 32 years old.

Margot Robbie was born into a farming family. Her parents are Sarie Kessler, a physiotherapist, and Doug Robbie, a former farm owner. She has three siblings: an elder brother, Lachlan or “Lachie”; a younger brother, Cameron; and a sister, Anya. She was raised by her single mother along with three siblings. Robbie had to work when she was younger in order to meet her ends.

She obtained a bachelor’s degree in drama from Somerset College located in Gold Coast, Australia.

She dated New Zealand actor, Henry Aitken while filming the movie Z in 2014. It was a short-lived relationship, which eventually ended after wrapping up the shoot of the film.

She first appeared in the 2008 film Vigilante playing Cassandra.

Margot Robbie made her television debut in 2008 portraying Kelly in the black comedy show Review with Myles Barlow.

She has endorsed several brands and products throughout her career, including Calvin Klein, etc.

In February 2017, she became the face of Nissan Electric cars.

The Squad Suicide actor has a net worth of $26 million US dollars as of 2023. While appearing in films and television makes it to most of her net worth, she also earns a handsome amount through brand endorsements. Her earnings have sky-rocketed since starring in The Wolf of Wall Street.

Robbie isn’t a woman of a car type who owns a few cars from the world’s leading brands like Mercedes Benz and Ford.

Robbie has a huge fan following on all of her social media accounts. Follow her on

The Aussie actress started her acting career in 2007 featuring in independent films and television series.

At the age of 16, she did three different jobs to meet her ends.

Before she made her acting debut, she was a pro at building the perfect hoagie and her job title was that of “Sandwich Artist.”

She is a member of Greenpeace.

Robbie took three shots of tequila in the morning before shooting the s3x scene with Leonardo DiCaprio, in The Wolf of Wall Street.

For her performance in The Wolf of Wall Street, she was awarded Empire Award for Best Female Newcomer and other several nominations.

Martin Scorsese suggested Margot Robbie wear a robe when she opens the doors in her apartment, but it was her who insisted to go on n*de to make the scene more realistic.

She isn’t a girly girl when it comes to fashion.

She’s a tomboy. “I’m happiest when I’m surfing or out on the farm hunting wild pigs, building cubbies out in the paddocks, or riding around on motorbikes,” she said in a 2008 interview on the Neighbours website.

In 2012, Robbie was featured in Inside Film Magazine’s Rising Talent issue.

She had graced the cover of Vanity Fair’s 20th Anniversary Hollywood Edition.

In 2015, she was voted “Sexiest Eyes” by Victoria’s Secret’s annual What is Sexy List.

She turned down the role of Sam in Birdman or (The Unexpected Virtue of Ignorance), which eventually went to Emma Stone.

Surprisingly, her favorite s3x scene was from 1993’s, True Romance.