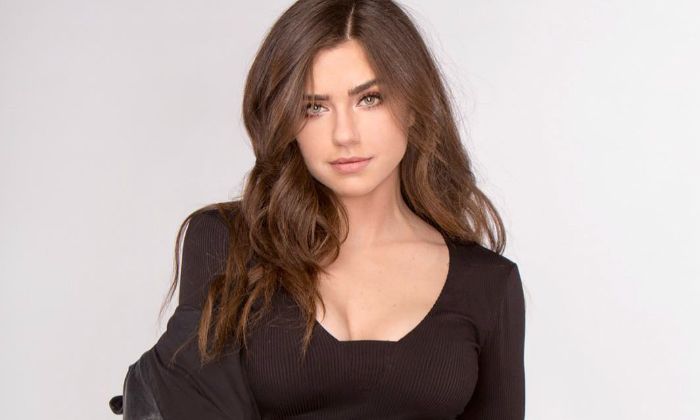 Who is Victoria Konefal?

Victoria Konefal is an American actress who is probably best known for her role as Ciara Brady on the NBC soap opera ‘Days of Our Lives’. She earned the Daytime Emmy Award nomination for Outstanding Younger Actress in a Drama Series for her role in Days of Our Lives in 2019. She has appeared in television movies like ‘The Wrong Crush’ and ‘Deadly Exchange’. Her film credits include ‘Forgetting Sandy Glass’ and ‘Circus Kane’.

Victoria Konefal was born on the 29th of October 1996, in Brooklyn, New York, United States of America. She is currently 24 years old.

Talking about her personal life, not many details are known about Victoria’s family and her early life. Both of her parents were born in Poland and immigrated to the United States. She spent most of her time in Brooklyn, New York, where she was raised along with her two older siblings; one brother named Patrick and one sister named Magda. She is the first-generation American in her family.

She developed an interest in acting at a young age, and a field trip to an off-Broadway theater production company known as Brooklyn Heights Players which was arranged in her school fueled her acting ambitions. When she told her mon that she wanted to do acting, her mom out in that off-Broadway theater, where she spent there for the next two years.

Victoria Konefal has been in a relationship with her boyfriend, Cory Goulet, a music producer. They have attended a lot of red carpet events and made public appearances together.

After graduating from college, Konefal moved to Los Angeles in search of better acting opportunities and landed a lead role in the 2016 film, ‘Forgetting Sandy Class’ as Kelly.

That same year, she made her television debut with a guest-starring role as Rivka in an episode of the ABC hit series, ‘Modern Family’.

It wasn’t long before Konefal scored her first major role in the longest-running NBC soap opera, Days of Our Lives, playing the role of Clara Brady. The soap was a huge hit, making her a household name among the television audience as well as earned her first Daytime Emmy Nomination for “Outstanding Younger Actress in a Drama Series” in 2019. In 2020, she won the Soap Hub Awards for Favorite Days of Our Lives Actress.

Besides acting, Victoria is also interested in singing, modeling, and dancing.

She has a peculiar hobby of collecting magnets from all the places she used to visit. In fact, she has made them into the shape of America on her fridge.

Victoria is close friends with her Days of Our Lives co-star Olivia Rose Keegan.

Her first language is Polish and learned English while growing up.

She has a dog named Lola.