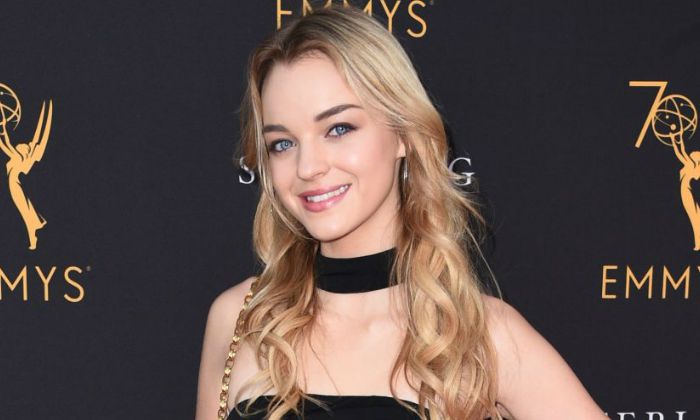 Olivia Rose Keegan is an American actress and singer who is probably known for her portrayal of Claire Brady in the NBC soap opera, “Days of Our Lives”. Her early acting works include “Modern Family”, “Growing Up Fisher”, “Enlisted” and “Wilfred”. She has appeared in such movies as “Decoding Annie Parker”, “Ashley”, “Amnesiac” and “Salvation Street”.

Olivia Rose Keegan was born on the 22nd of November 1999, in San Rafael, California, United States of America. She is currently 23 years old.

Olivia is the daughter of Kevin Keegan and Julie Kresge. She has an older sister named Jessica Keegan.

On the educational front, there’s no information available on the schools and colleges she attended at the moment. However, she learned acting at the Margie Haber Studio and Anthony Meindl’s Actor Workshop.

Speaking about Olivia’s personal life, she hasn’t spilled a word about her boyfriend or her dating history. She had always preferred to keep that aspect of her life away from the limelight.

Olivia Rose Keegan made her acting debut with “Decoding Annie Parker” in 2013, in which she played the role of Young Joan Parker.

She landed her first television role in an episode of the Disney sitcom, “A.N.T. Farm”, playing a small-time role of an Australian girl in 2012.

Olivia released her first self-titled EP in April 2016, which featured 6 songs including “Littles”, “Sunny Day”, “Lone Star”, “I’ve Got an Angel”, “This Time”, and “When Time Was On Our Side”.

Olivia earned plenty of success with her role as Claire Brady on the NBC soap opera, “Days of Our Lives”. She was originally cast as a recurring character and later promoted to a series regular. She has been a part of the series since 2015.

She spent most of her childhood in San Rafael until she moved to Los Angeles at the age of 12 years old.

Olivia had always wanted to be an actor from a young age and somehow, she managed to convince her family to relocate to Los Angeles. She was aware that it would be the ideal place to start off her acting career.

She is signed to Paradigm Talent and Artistic Endeavors.

Keegan is a member of the ‘Screen Actors Guild‐American Federation of Television and Radio Artists labor union.

Her vocal range is the soprano.

She has her own self-titled YouTube channel where she posts covers of popular songs.