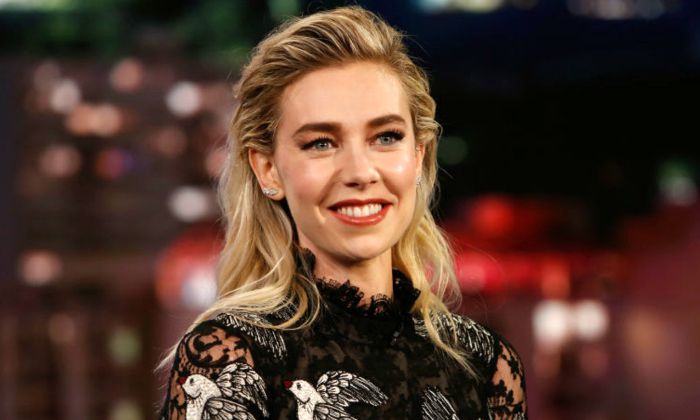 Hailing from London, English actress, Vanessa Kirby is probably known for her role as Princess Margaret in the Netflix series The Crown, a role that earned a British Academy Television Award as well as an Emmy nomination. She played the character of Lady Jemima Hervey in the British period crime drama series The Frankenstein Chronicles in 2015.

Having started her career as a theatre actress, Kirby has starred in a number of films and television series in her fruitful career. She’s got an impressive resume with acting credits in About Time, Everest, Kill Command, Mission: Impossible – Fallout, Mr. Jones, Hobbs & Shaw. In addition, she has also appeared in several stage productions like A Streetcar Named Desire, Uncle Vanya, Edward II, and Women Beware Women. As of 2022, Vanessa Kirby has a net worth of $4 million.

Vanessa Kirby was born on the 18th of April 1988, in Wimbledon, London, England. She is currently 33 years old.

Vanessa Kirby is the second of three children to Jane and Roger Kirby. Her mother previously worked as an editor for Country Living magazine while her father is a urologist and prostate surgeon. She has two siblings, an older brother, Joe Kirby, who is a school teacher and the deputy head at Jane Austen College, and a younger sister, Juliet Kirby, a talent manager.

For education, Kirby attended Lady Eleanor Holles School, an all-girls private boarding school in Hampton. After graduating high school, she sought admission at the Bristol Old Vic Theatre School to study acting but was turned down by the administration.

That led her to take a hiatus for a year and set off to South Africa on travel. After returning from her travel, she joined the University of Exeter from where she graduated with a Bachelor’s degree in English Literature.

Vanessa Kirby has been in a romantic relationship with English actor and model Callum Turner since 2015. They both starred together in the British drama film Queen & Country in 2014 and it is believed that love blossomed between the two while working in the film. They were secretly dating for a while and made their relationship public in 2017 when tabloids romantically linked her with actor Tom Cruise.

She had previously dated actor and director Christian Cooke from 2009 to 2011 and actor Douglas Booth for a couple of years starting from 2012.

Vanessa Kirby made her acting debut with the film Love/Loss as Jane in 2010.

In 2011, Kirby landed her first television role in the BBC’s The Hour, playing the role of a character named Ruth Elms alongside actors Ben Whishaw, Dominic West, and Romola Garai. She appeared in three episodes of the series.

Though Vanessa Kirby has starred in a number of films and television series throughout her acting career, she is perhaps best known for her part in the Netflix series, The Crown. She played the role of Princess Margaret from 2016 to 2017, for which she received a lot of appreciations from both critics and the audience alike. She won the Glamour Awards for UK TV Actress in 2017, followed by the BAFTA Awards for Best Supporting Actress in 2018.

She’s very active on social media and has attracted over 1.7 million Instagram followers and 90 thousand followers on Facebook. She has over 33 thousand people following her on Twitter.

Kirby fell in love with acting at age 12 after seeing her family friends Vanessa and Corin Redgrave performing in a production of The Cherry Orchard.

She started out as a theatre artist and quickly went on to work in films and television series.

Since beginning her career as a stage actress, Vanessa Kirby has featured in a string of plays.

She made her stage debut in All My Sons as Ann Deever in 2011.

In 2011, she was named one of Screen International’s Stars of Tomorrow.

In 2018, Kirby landed the title character in Polly Stenham’s Julie, an adaptation of August Strindberg’s Miss Julie, staged at the National Theatre.