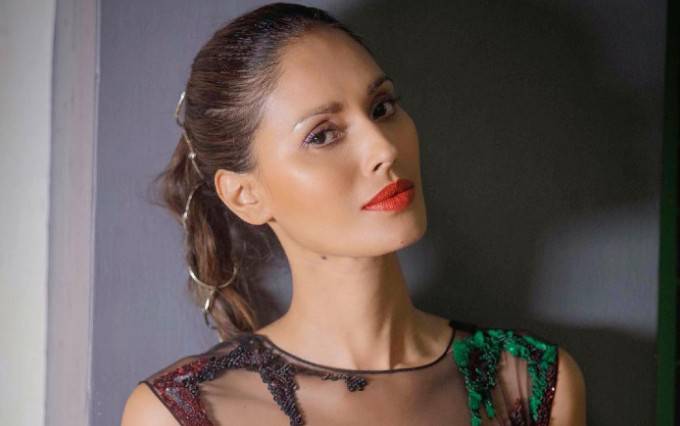 Hailing from India, Ujjwala Raut is the most successful Indian model in the global arena, having walked for renowned fashion houses across the world like Yves Saint-Laurent, Roberto Cavalli, Hugo Boss, Cynthia Rowley, Diane von Furstenberg, Dolce & Gabbana, Betsey Johnson, Gucci, Givenchy, Valentino, Oscar de la Renta, Emilio Pucci, and the Victoria’s Secret Fashion Show. She had accomplished a lot at a young age and she’s one of the only few models to have walked for America’s most successful lingerie brand Victoria’s Secret. Ujjwala was just 17 years old when she was named Femina Look of the Year and was married to Maxwell Sterry from 2004 to 2011.

Raut’s father is a retired Assistant Commissioner of Pollice, who had served in the Mumbai Police department. She is the oldest sister of model and actress Sonali Raut. She developed an interest in modeling very early on and

Ujjwala Raut tied the knot with a British businessman Craig Maxwell Sterry on 19 June 2004. They have a daughter together, Ksha, born on December 21, 2005. They ended their relationship after seven years of marriage and their divorce was finalized in 2011.

She entered the fashion world during her teens and made heads turn when she won the “Femina Look of the Year” title at the Femina Miss India 1996 contest. She was only 17 years old then.

Ujjwala made a bigger splash that same year when she placed in the top fifteen in the 1996 Elite Model Look contest, held in Nice, France.

She had established a name for herself in the glamour world through her modeling gigs. She has represented and walked the ramp for leading fashion brands such as Yves Saint-Laurent, Roberto Cavalli, Hugo Boss, Cynthia Rowley, Diane von Furstenberg, Dolce & Gabbana, Betsey Johnson, Gucci, Givenchy, Valentino, Oscar de la Renta, and Emilio Pucci.

As a model, she has appeared in fashion shows throughout the world, including the famous Paris, Milan, and New York fashion shows. In addition, she has walked twice for the Victoria’s Secret Fashion Show during the 2002 and 2003 seasons.

In 2019, she made her foray into the small screen as a mentor for the reality show MTV Supermodel of the Year.

Most recently, she walked for Tadashi Shoji F/W Show and Bibhu Mohapatra S/S 2022.