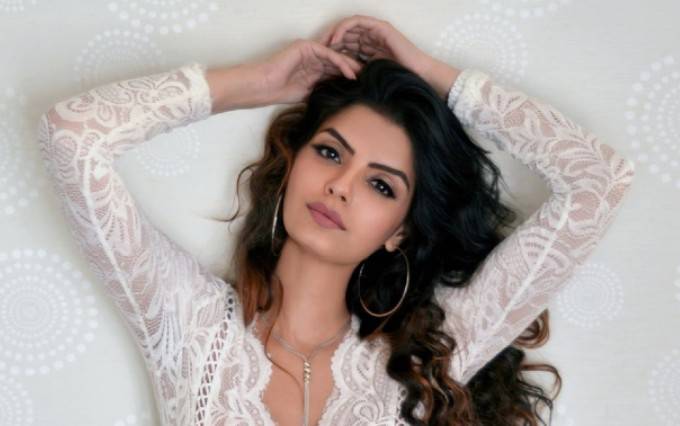 Sonali Raut is an Indian actress, model, and television personality who has been active in the show business for several years now. She is most recognized for being the youngest sister of supermodel Ujjwala Raut. She began her modeling career when she was 19 years old after successfully scoring a modeling gig for Kingfisher Calendar. Sonali starred opposite Himesh Reshammiya and Yo Yo Honey Singh in the 2014 romantic-thriller film The Xpose, marking her debut on the big screen. She has appeared in the reality TV shows like Bigg Boss 8, Comedy Classes, and Box Cricket League. Apart from films, Sonali has also acted in web series, including Dangerous, in which she played opposite Karan Singh Grover. She has a substantial online presence on Instagram with over 2 million followers on the platform.

Sonali Raut’s father serves in the Indian Police department as the deputy commissioner of police. Her older sister is a popular supermodel Ujjwala Raut. She has walked the runway for some of the big names in the fashion industry like Yves Saint-Laurent, Roberto Cavalli, Gucci, Emilio Pucci, and the Victoria’s Secret Fashion Show. She’s inspired by her sister and decided to become a model at a young age.

Sonali studied at the Army Public School, a public school located in Colaba, Mumbai. She earned her B.Com. (Bachelor of Commerce) degree from Mithibai College of Arts, Chauhan Institute of Science & Amruthben Jivanlal College of Commerce and Economics, a college affiliated with the University of Mumbai.

Sonali Raut likes to keep her personal life as private as possible, so she’s never shared any information about her relationship status with the public.

She became obsessed with modeling at an early age and got her start in modeling during college. She was just 19 when she got her breakthrough with the annul Kingfisher Calendar. She was one of the models featured in swimsuits on the prestigious calendar.

In 2011, she featured alongside Bollywood actor Ranveer Singh in a provocative photoshoot for Maxim.

She made her acting debut with the 2014 movie The Xposé, starring Himesh Reshammiya and Yo Yo Honey Singh.

She appeared as a contestant on the Indian reality show Bogg Boss 8 and got evicted on Day 105 along with actor Puneet Issar.

Sonali turned down the lead role in the film Hate Story 3 that was offered to her citing that she should own the character.

In 2016, she was cast in the hit movie Great Grand Masti as Shiney and also appeared in the item song “Lipstick Laga Ke”.

In 2017, Sonali appeared on the cover of the FFACE Fashion Calendar.

Raut starred in the action-thriller web series Dangerous, playing the role of Dia Dhanraj. Directed by Bhushan Patel, she was seen opposite Karan Singh Grover and it was released on the streaming platform MX Player on 14 August 2020.

In 2022, she was featured in the music video of Galtiyan by Neeti Mohan.