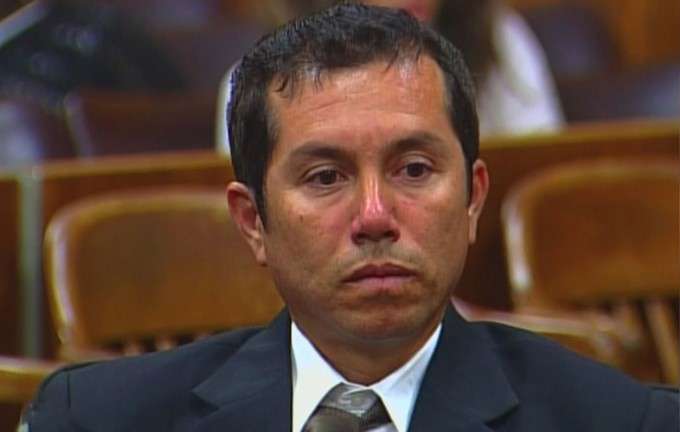 Trino Marín is an American-Mexican former restaurant manager and the ex-husband of singer and songwriter Jenni Rivera. He rose to fame after he began dating Rivera, whom he married in 1984. They have three children.

In the early 90s, their marriage fell apart after Rivera discovered that Marin has sexually abused their daughters, Chiquis and Jacquie Rivera. He even didn’t spare Rivera’s younger sister, Rosie. She took the matter to the court and he was proved guilty, with the judge sentencing him to 31 years in prison without parole. He is still serving his sentence.

Trino Marín married his high school sweetheart and singer Jenni Rivera in 1984. They have three children together named Chiquis, Jacqie Campos, and Michael Marin. In 1992, she filed for a divorce from Marin citing physical and emotional abuse.

In 1997, it came to light through Rivera’s younger sister, Rosie, after she admitted that Marin used to sexually molest her, as well as did the same to his daughters Chiquis and Jacqie. After he was convicted for the crimes he committed, he fled and was on the run for nine years. In April 2006, he was apprehended and was convicted of sexual assault and rape, and sentenced to more than 31 years in prison without parole. He’s now in prison severing his sentence.

Being the ex-husband of singer and songwriter Jenni Rivera, who died in a plane crash near Monterrey, on December 9, 2012.

Having convicted for his crimes of sexual abuse that led to 31 years imprisonment.

He was Jenni Rivera’s first husband. They began dating while in high school and married soon after.

Jose is charged for sexually abusing Jenni’s sister Rosie and his daughter Chiquis Rivera and Jacqie Campos. He was sentenced to 31 years of jail with no parole in 2007.