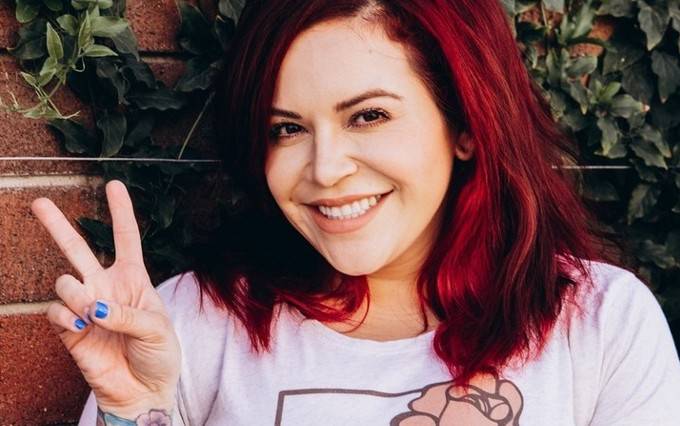 Jacqie Campos is an American actress who has spent her entire life in the spotlight, thanks to her famous parents Jenni Rivera and Trino Marín. Her mother died in December 2012. Though Jenni was no more, she has left a legacy that will always be remembered. Nevertheless, Jacqie is a star in her own right. She is best known for I Love Jenni, The Riveras, and Chiquis ‘n Control. She has amassed more than 2 million followers on Instagram. Here’s everything you need to know about Jacqie Campos.

She is of Mexican descent.

Jacqie is the youngest daughter of actress and singer Jenni Rivera and José Trinidad Marín. Her mother died at age 43 on December 9, 2012, in a tragic plane crash. She has four siblings, Chiquis Rivera, Michael Marin, Jenicka Lopez, and Johnny Lopez. Her grandparents are Rosa Rivera and Pedro Rivera.

Her older sister Chiquis is a well-known singer in Mexico.

She has one daughter named Jaylah Hope Yanez (b. November 18, 2009) with her ex-boyfriend, Danny Yanez. Jacqie was only 19 when she gave birth to Jaylah.

While it is not known how much she is worth right now, it is safe to say that she has accrued a hefty amount of fortune through her long and successful career. Acting isn’t her only source of income. She has appeared in a lot of reality shows as well as she makes a considerable amount of money from her clothing business. No doubt that Jacqie is one of the lucrative stars in the entertainment business.

She was born and raised in Long Beach, California.

Apart from regular shows, she has appeared in her mother’s reality show Jenni Rivera Presents: Chiquis & Raq-C and its spin-off, I Love Jenni.

On Instagram, she has attracted a huge following of over 2 million people.