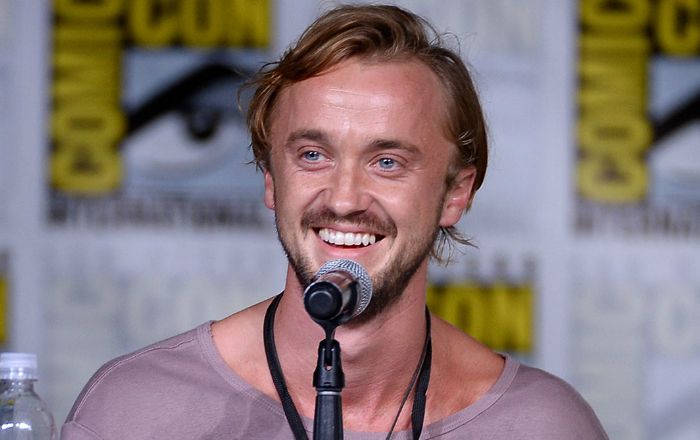 Tom Felton is an English actor who attained popularity after portraying the villainous role as Draco Malfoy in the Harry Potter film series, based on J.K. Rowling’s best-selling novels of the same name. His stellar performance in the films earned him the MTV Movie Awards for Best Villain consecutively in 2010 and 2011.

His notable works in films include Rise of the Planet of the Apes as Dodge Landon, Belle as James Ashford, and The United Kingdom as Rufus Lancaster. He had a recurring role in season 3 of CW’s superhero TV series, The Flash. In 2018, he was cast as Logan in YouTube Red series Origin.

Tom Felton is the youngest of four boys to English parents, Sharon and Peter Felton. He has three older brothers Chris, Ashley, and Jonathan.

Tom Felton has been in a relationship with Jade Olivia, who worked as a stunt assistant in Harry Potter films, from 2008.

Tom earned his first feature film role in 1997 when he was cast as Peagreen Clock in Peter Hewitt’s ‘The Borrowers’.

His first major role was in ‘Harry Potter and the Philosopher’s Stone’, a 2001 fantasy film, which was based on the popular novel of the same name by JK Rowling. His portrayal of Draco Malfoy in the film, an antagonistic character, was largely appreciated by critics and audiences. He reprised the role in other installments of the Harry Potter franchise until 2011.

Felton’s television debut came in 1998 when he played the role of James in the BBC One’s drama series Bugs in an episode titled Pandoras’ Box.

Felton released his debut EP titled ‘Time Well Spent’ in 2008. Over the years, he has released a number of EPs and singles.

His first significant work in his career was with the Harry Potter film franchise. The films, which were based on the popular Harry Potter novel series by JK Rowling, was directed by Chris Columbus. It starred actors Daniel Radcliffe, Emma Watson, Rupert Grint, and Warwick Davis in lead roles, while Felton played the role of Draco Malfoy, an antagonistic character, who is the main rival of Harry Potter.

Tom has done endorsement work for companies such as Commercial Union and Barclaycard.

Tom Felton has an impressive net worth of $20 million, which he earned from a career in acting and singing.

He began singing at the age of 7 and was a member of four choirs at school. He had also used to be a part of the Guildford Cathedral Choir.

His professional career started off when he was young by appearing in TV commercials and subsequently earned roles in television and films.

From 2016 to 2017, Felton appeared as CSI Julian Albert / Doctor Alchemy on the third season of The Flash.

He is a huge fan of American musician, filmmaker, and singer, Jack Johnson.