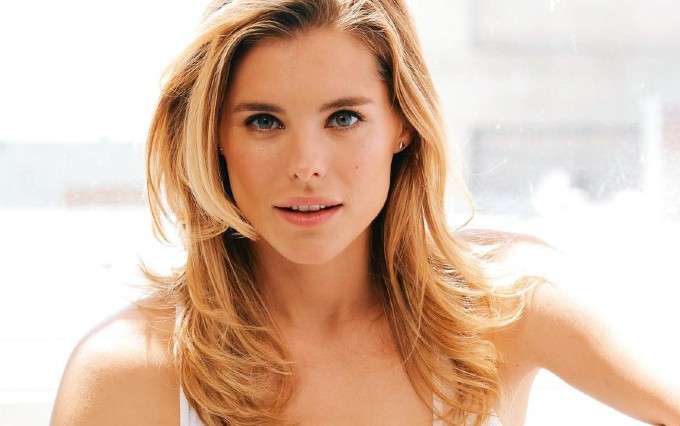 Born in Boston, Massachusetts, Susie Abromeit is an actress who is most widely recognized for her portrayal of Pam in the hit Netflix series Jessica Jones. Growing up, she played tennis and was tanked #6 in the US during her high school. She’s also a Sports Illustrated model, having featured in various modeling shoots and editorials. Her acting career took off in the late 2000s and has since featured in a bunch of TV shows and movies like Chicago Med, Devious Maids, One Tree Hill, and The Haves and Have Nots.

Susie is the daughter of Richard H. Abromeit and Lynne (Palmer) Abromeit. She has a younger sister, Kate Merrill, who is a two-time Emmy-winning reporter.

She played school tennis and earned a full scholarship to Duke University, where she represented her university at various tournaments and competitions. At age 16, she ranked number 6 at the junior level in the United States. After college, she developed a liking for acting and pursued a career in the entertainment industry.

When it comes to her relationships and love life, Susie Abromeit has kept the romantic aspect of her life relatively private. It is still a mystery as to who she’s dating right now but she had a romantic past with actor Andrew Garfield. The two made it to the headlines when they were spotted together on a beach in Malibu in 2018.

Before she was attached to Garfield, she was in relationships with Bode Miller and Mardy Fish.

Before becoming an actress, Susie Abromeit was an athlete, most widely recognized for her ability as a skier and tennis player. She began skiing at the age of 2 and became a part of the federation ski team in New England when she was 11 years old. After achieving a lot of fame through the sport, she became interested in tennis, played tennis for both the school as well as her university team. At age 16, she was ranked no. 6 in the USA in junior tennis and no. 1 in Florida.

Although it is not known as to why she switched her career to acting her decision paid off well when she landed the role of Jenna Resse in the TV series Burn Notice in 2007. A year later, she scored a breakthrough role in the series As the World Turns, where she played the role of Anna Kasnoff from 2008 to 2009.

Susie followed it up with roles in prominent projects like Mysterious Island, Hollywood Heights, CSI: Crime Scene Investigation, The Haves, and the Have Nots and Devious Maids. In 2015, she starred in the Netflix hit series, Jessica Jones as Pam, which turned out to be her most famous work in all of her acting career.

Her other notable acting work includes Chicago Med, DC’s Legends of Tomorrow, Married Youn, and The Forever Purge, among many others.

As of 2023, Susie Abromeit has a net worth of $1 million dollars, which she earned through her acting career.

She has been featured in the Sports Illustrated Swimsuit edition.

Susie had released some tracks before setting her sight on acting. She plays guitar and produces her own music.

She won a Best Actress Award from the Beverly Hills Film festival for the indie drama, Diving Normal.