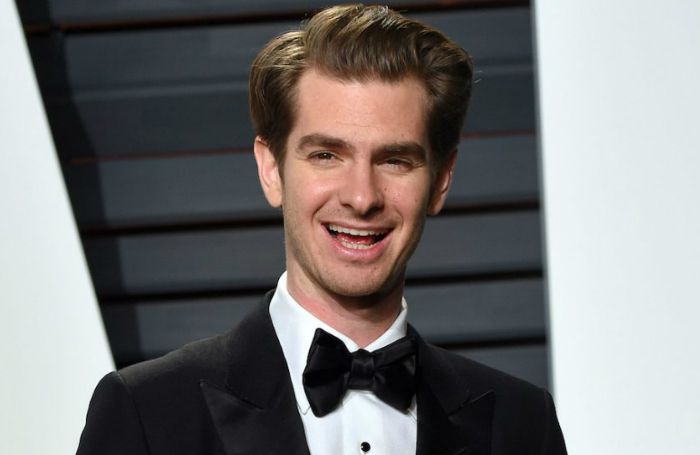 Andrew Garfield is a popular British-American actor who became known internationally after playing the titular character in the 2012 blockbuster “The Amazing Spider-Man” and in its 2014 sequel, “The Amazing Spider-Man 2”. He initially gained fame for starring in the television film “Boy A”, which earned him a British Academy Television Award for Best Actor. He also gained Golden Globe and BAFTA nominations for his portrayal of Eduardo Saverin in “The Social Network”, and received an Academy Award nomination for playing Desmond T. Doss in the critically acclaimed historical drama, “Hacksaw Ridge”.

Andrew Garfield attended Priory Preparatory School, Banstead and then City of London Freemen’s School in Ashtead. He graduated from the Central School of Speech and Drama, the University of London in 2004.

Andrew Garfield dated his The Amazing Spider-Man co-star Emma Stone from 2011 to 2015.

Garfield made his television debut in 2005, starring as Tom in the Channel 4 teen drama “Sugar Rush”.

Garfield earned early fame and recognition in his acting career by appearing in a 2007 British television film “Boy A”, which was based on a novel of the same name. Directed by John Crowley, his performance as a notorious killer trying to find new life after prison, earned him a British Academy Television Award for Best Actor.

Another commendable work in his career was his role in the critically acclaimed historical drama, “Hacksaw Ridge”, which was directed by Mel Gibson. He played Desmond T. Doss, a combat medic during World War II, who was the first conscientious objector in American history to be awarded the Medal of Honor. He received a nomination for the Academy Award for Best Actor for his work in the film.

Garfield’s net worth is estimated to be $13 million, as of 2023. He divides his time between Los Angeles and Surrey, England. He owns a lavish mansion worth $2.5 million in Los Angeles, California that boasts plenty of bedrooms and bathrooms, a swimming pool, a jacuzzi, a sauna, gym, pool table, home cinema, gaming room, and other luxury amenities. Andrew also owns a luxury house in Surrey, England. He owns Audi A7 and Porsche Panamera.

Born in Los Angeles, California, Garfield was brought up in Epsom, Surrey.

He took acting lessons at age 15 and began appearing in stage productions and plays.

He was awarded the Milton Shulman Award for Outstanding Newcomer at the 2006 Evening Standard Theatre Awards.

He won the Best Actor in a Play Tony Award for his performance in “Angels in America” in 2018.

In 2011, Garfield became the Ambassador of Sport for the Worldwide Orphans Foundation (WWO).

Garfield played the role of Prior Walter in Tony Kushner’s two-part play Angels in America at the National Theatre, London in the Lyttelton Theatre from April to August 2017.