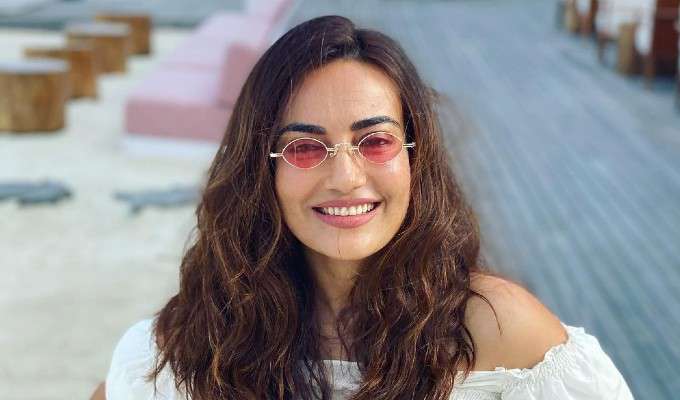 Surbhi Jyoti is an Indian actress who got famous for her work in television series such as Qubool Hai and Naagin 3. Despite some early interest in acting, she took the very traditional route. She put her education first, received a degree in English, and then moved on to focus on her acting career.

She started her career back in 2010 and has already become a successful actor in the entertainment industry. Apart from acting in several other soaps, Surbhi has also been a part of many reality show like Comedy Nights Live, Bigg Boss 12, and MasterChef India 6 among many others. She has also worked in movies like Raula Pai Gaya, Raula Pai Gaya and Sonam Gupta Bewafa Hai. The budding actress has over 7.5 million followers on Instagram.

Not much is known about her family and childhood right now. What may shed some light on the matter of her siblings is that she was raised with her brother, Shanu Jyoti.

Surbhi Jyoti has been in a relationship with actor and her Qubool Hai co-star Varun Toorkey since 2016.

She has enjoyed much success throughout the course of her acting career, thanks to the versatility of roles she has starred in. With so many acting credits to her name, the television show that made her a household name was Qubool Hai. She played multiple roles in the soap opera from 2012 to 2016.

If Qubool Hai made her a familiar name in the telly world, her appearance in the supernatural fantasy show Naagin 3 has only increased her popularity. She played the character of Bela Mahir Sehgal opposite Pearl V Puri, Anita Hassanandani, and Mouni Roy.

Her stellar performance in the TV show Qubool Hai, she won the award for GR8! Performer of the Year—Female at the Indian Television Academy Awards and Best Début Actress at the Zee Gold Awards 2013.

In 2014, she was named #16 in an annual poll conducted by UK-based weekly newspaper Eastern Eye.

She worked as a radio jockey before she took up acting.

The actress enjoys quite a following on Instagram where she has more than 7.5 million followers. You can get to see her random looks on her Instagram that would definitely make you fall in love with her.