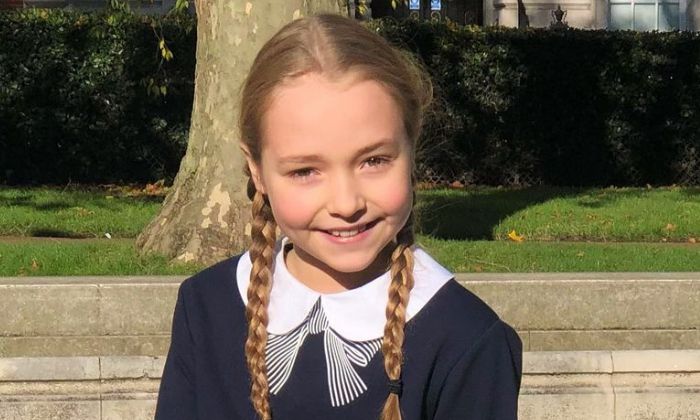 Sophia Reid-Gantzert is an English actress who caught the spotlight for her portrayal of Karen Brewer, the youngest child of Watson Brewer, in the new Netflix hit series The Baby-Sitters Club. She is also known for her part on Hallmark’s Easter Under Wraps, in which she played Madison Bailey opposite Fiona Gubelmann and Brendan Penny. Her other acting credits include Santa’s Boots, Darrow & Darrow, Once Upon a Time, and The Sweetest Christmas. Outside her acting career, she is an accomplished ballerina, a craft that she has been trained in from a young age.

Very little is known about Sophia’s life prior to her rise to fame as an actress. There are no details regarding her family, childhood, and education. She studied ballet at the prestigious Ballet Opera de Paris. In addition, she’s also a member of Danceworks Ballet Academy.

Given the fact that Sophia is barely 10-years-old, it’s highly unlikely that she’s entered the world of dating. With her still being in middle school and having a lot of photoshoots and business offers, the chances of her having a boyfriend are slim at best.

Sophia Reid-Gantzert has been in the show business ever since she was seven years old. Her first acting gig was in the television movie The Sweetest Christmas, where she played the role of a young girl named Harper.

During her career, she has appeared in a lot of TV shows and shorts. Sophia’s major breakthrough was the Netflix reboot series The Baby-Sitters Club. She was cast as Karen Brewer, the youngest child of Watson Brewer, starring alongside Sophie Grace, Momona Tamada, Shay Rudolph, Malia Baker, and Alicia Silverstone, among many others.

It’s a known fact that Sophia got started very early on her path to stardom. Thanks to her charming personality, Sophia has gone to enjoy a massive following across the world. She’s attracted an audience of over 40 thousand followers on her Instagram.

In 2018, she received a full scholarship to train at a prestigious London Ballet academy where she now resides.

In 2019, she became one of the youngest dancers ever to be accepted to the prestigious Paris Opera Ballet summer program.

She has won several accolades at international ballet competitions.

In 2022, Sophia starred in the TV series Two Sentence Horror Stories as Angela Manderley, alongside the likes of Lauri Hendler, Hannah Barlow, and Mardy Ma.