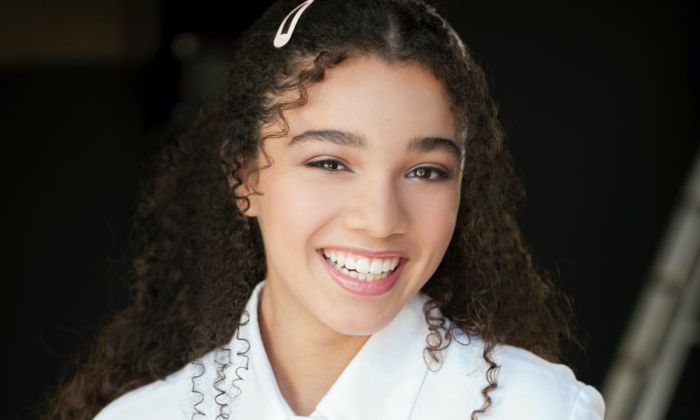 Malia Baker is a breakout star based in Canada who is probably best known for playing Mary Anne in the Netflix reboot of The Baby-Sitters Club (2020). Originally from Botswana, Southern Africa, the actress, and social media personality relocated to Canada when she was just a toddler. She is also well-known for her parts in television series like A Million Little Things, The Flash, and The Twilight Zone.

Malia Baker was born on the 18th of December 2006, in Botswana, a landlocked country in Southern Africa. She is currently 15 years old.

She was born to a white mother and a black father in Botswana, the southernmost country in Africa. However, her family moved to Canada when she was just two years old. Her father works as an assistant director in the entertainment industry.

She has spent most of her life in Canada where she’s being educated through homeschooling. Except that she belongs to a mixed race, nothing is known about her parents and her childhood.

Malia Baker is currently single. She is very secretive about her personal life as she doesn’t divulge too many details about her dating life with the public. It may be due to the fact that she is quite new to the industry and doesn’t want to catch up.

Malia Baker launched her acting career back in 2018 when she booked the role of Malia Weir in the television movie Hope at Christmas. One year later, she appeared in the television series, A Million Little Things, which guested as a little girl.

That same year, she appeared in two more television series The Flash and The Twilight Zone. She got her big breakthrough when Netflix cast her in their web series called The Baby-Sitters Club, a reboot of the famous 90s television series based on the children’s novel series of the same name by Ann M. Martin.

She is an avid reader and writer.

When it comes to her wealth, as already stated, Malia has just started her career. Only one year into the business, she has already made a name for herself in the industry, which would have undoubtedly increased her bank balance.