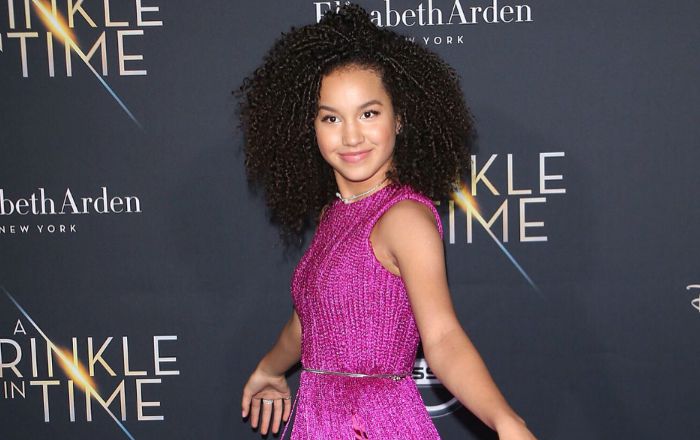 Sofia Wylie is a young talented actress and dancer from Arizona who is best known for playing  Buffy on Disney’s hit series ‘Andi Mack.’ She had her recurring role as June on the series Nicky, Ricky, Dicky & Dawn. This gorgeous damsel was propelled to stardom when she went on a tour as a dancer with Justin Bieber as well as contested in popular talent search shows like “So You Think You Can Dance,” “Dance Moms,” and “America’s Got Talent.”

Sofia Wylie is the daughter of Chris Wylie, a life coach, and his wife Amy Wylie. She has an older sister named Bella Wylie.

She received dance training from the Diverse Elements Dance Studio in Phoenix, Arizona.

Sofia has kept her personal life discreet and thus there is not much information available about any relationship she has had in the past or in the present.

Sofia Wylie landed her first acting role in the movie entitled Black of the Net as Cory Bailey, released in 2019.

In 2011, Sofia made her first television appearance as a contestant on the dance reality series ‘So You Think You Can Dance’. She has since appeared in a number of dance competitions.

The budding dancer has starred in ‘School of Rock’ and ‘Nicky, Ricky, Dicky & Dawn.’

She was the face of Sadie Jane Dancewear and Kurveshop Dancewear. She was featured in a TV commercial for InMotion Scooterboard.

She is a big fan of Zendaya.

Sofia has created a YouTube series that aims at giving a confidence boost to those people who aspire to become dancers.

She is proficient in different forms of dance such as hip-hop, jazz, ballet, and contemporary.

She loves shopping, and in fact, she can’t live without shopping.

In 2022, Sofia Wylie starred alongside Sophia Anne Caruso, Laurence Fishburne and Michelle Yeoh in the Netflix fantasy film The School for Good and Evil.