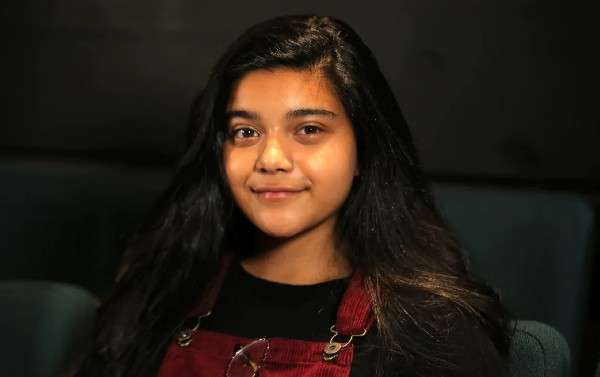 Iman Vellani is a Canadian teen actress of Pakistani origin. She caught the spotlight after she landed the role of Kamala Khan in the upcoming Disney+ series Ms. Marvel. The film is not only her onscreen debut but also her first major Hollywood production. She will also make history as the first onscreen Muslim superhero to appear in a Marvel production ever.

The film is based on the Marvel Comics character Kamala Khan / Ms. Marvel, in which she plays a Pakistani-American teenager based in New Jersey. She will reprise her role as Kamala Khan in the upcoming Marvel film, The Marvels, starring Brie Larson and Teyonah Parris.

Iman Vellani was born on September 3, 2002, in Markham, Ontario, Canada.

She is currently 19 years old.

Not much is known about her family right now, But both her parents are Pakistani Muslim immigrants settled in Markham, Ontario.

Talking about Iman Vellani’s love life, she has no visible relationship ties with anyone, at least, we know of, or she may be good at handling it better than others. In case if she has a boyfriend, it appears that she has no plans to reveal the identity of her boyfriend to fans yet.

Being cast as Kamala Khan / Ms. Marvel in the Disney+ original series Ms. Marvel and the superhero film The Marvels, which is a sequel to Captain Marvel (2019).

Before fame, she was part of the TIFF Next Wave Committee at the 2019 Toronto International Film Festival.

Created by Sana Amanat and Stephen Wacker, the character Kamala Khan was first appeared in the Marvel comic book back in 2013 and later debuted as a solo series in 2014.

Kamal Khan is the first Muslim character to appear in the comic book and it will be played a Muslim girl named Iman Vellani.

The Disney+ series Ms. Marvel is set to arrive in late 2021 while The Marvels movie is expected to open in theaters in 2022.